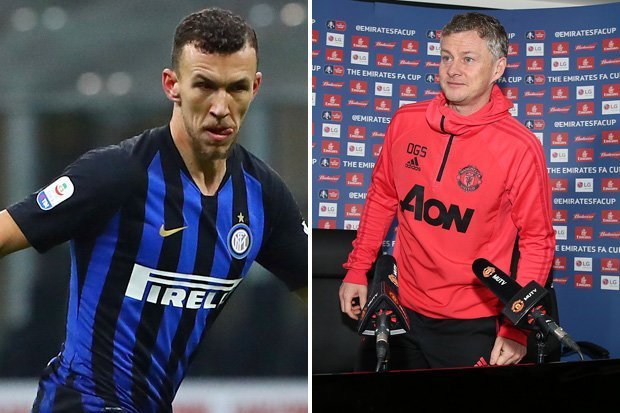 Both names were put to Emery on Monday ahead of Tuesday's home Premier League clash with Cardiff City and, although the Arsenal boss could not identify a specific player, he is keen to see an arrival this week.

Arsenal have submitted an enquiry about the possibility of signing Inter Milan winger Ivan Perisic on loan, according to a report in England.

Arsenal manager Unai Emery has admitted that while the January transfer market can be hard, the Gunners are working to sign two new players this month.

'But also we are doing good things, improving.

However, there are a number of problematic positions in the team and the Gunners are now trying to take full advantage of the ongoing transfer window to enhance their team. "Perisic knows his profession and I hope he continues with it, maybe giving us more", said Spalleti.

Inter are understood to be open to allowing Perisic to leave, although they would prefer a permanent deal or obligation to buy for the player they signed from Wolfsburg in 2015.

Maduro rejects European demands for new election
This is the USA supporting the people of Venezuela, who want their constitution and democracy followed. The opposition largely boycotted the vote after its senior leaders were blocked from taking part.

"We are looking at two different players and the possibility they can come", he said.

The Gunners are without Hector Bellerin and Rob Holding for the remainder of the season while Sokratis Papastathopoulos is out for up to a month with an ankle problem suffered in Arsenal's 3-1 defeat by Manchester United in the FA Cup on Friday.

With the close of the January window fast approaching and Arsenal's prospects of adding players cloudy, Emery has insisted he is pleased with his squad. "We're having a lot of injuries and a lot in this position".

"We listened to the player, he has this desire".

"It is normal that during the market we are talking about a player like Perisic, because he is a strong player that everyone would want in their team", he told reporters when asked about the Croatian's future.