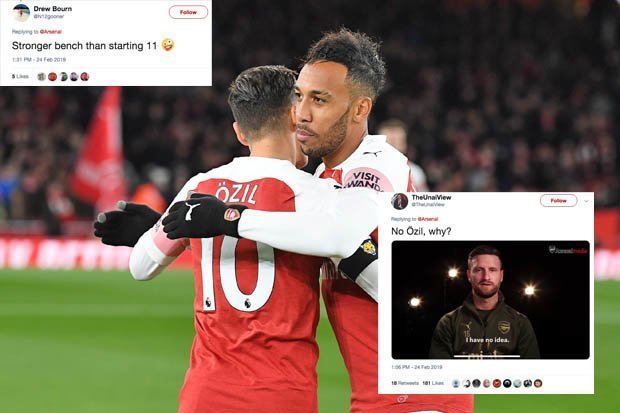 First-half goals from Mesut Ozil and Henrikh Mkhitaryan looked to have Arsenal cruising to victory, only for the visitors' hopes to be raised by Lys Mousset's strike after midfielder Matteo Guendouzi's error in possession.

"I don't think we were good in any aspect of the game, with or without the ball, mentality wasn't great, it's been disappointing and we need to reflect on it honestly".

"The most important is to be focused and to be ready for every game because we are not going to think that we are in the top four and nothing will change".

If Arsenal come away with all three points on the weekend, what was a 10-point gap a week ago to Spurs will then be down to just a single point.

"The second goal was a disgusting mistake where we don't have to take such a risk", a rather downcast Saints manager Ralph Hassenhuettl told reporters.

"The most important is that we are playing with different players in different matches", Emery said.

And winger Mkhitaryan said: "Well we are not looking at the table at the moment because we still have lots of games to play. Today with our supporters here, we had a good atmosphere", Emery told the BBC.

Ozil starred on his return to the team while Mkhitaryan is enjoying a strong run of form. In the first half we played very well but we wanted to carry on in the second, but it's not easy 90 minutes with this intensity.

"(Southampton) have very fast players like Redmond, and they created good chances. The next match is Saturday.

"Today we can win with a bigger difference than the two goals".

Arsenal kept pouring forward early on but Bournemouth had a rare chance as Josh King headed just over.

'But that mindset takes away ownership of what we delivered with our own team.