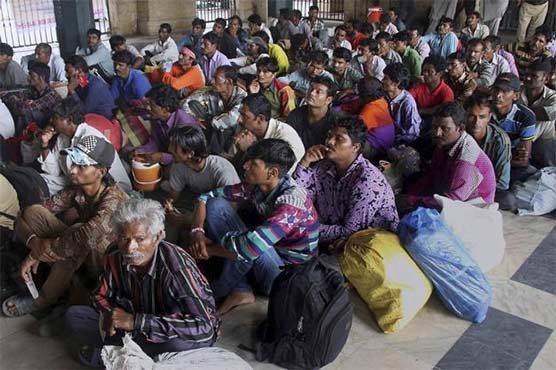 Pakistan had "reliable intelligence" that India would attack again this month, Foreign Minister Shah Mahmood Qureshi said earlier, as tension over a February standoff between the two nuclear-armed neighbors had appeared to ease. "As per our information this could take place between April 16 and 20", Mr Qureshi told reporters in his hometown of Multan.

"India rejects the irresponsible and preposterous statement by the Foreign Minister of Pakistan with a clear objective of whipping up war hysteria in the region", Raveesh Kumar, the spokesperson of the Ministry of External Affairs, said in a statement.

India added that Pakistan has been advised to use established diplomatic and DGMO channels to share any actionable and credible intelligence it has about imminent terror attacks and warned that it reserves the right to respond firmly and decisively to any cross border terrorist attack.

"I am saying it with responsibility and I have a responsible position, I know each word I say would make headlines in the global press", he said, stressing the reliability of his claim.

India struck the biggest terrorist training camp of terror group Jaish-e-Muhammed deep inside Pakistan on 26 February almost two weeks after the Pulwama terror attack in which 40 CRPF personnel were killed. "And its goal will be to justify their [India's] offensive against Pakistan and to increase diplomatic pressure against Islamabad", he alleged.

The Indian air force had displayed pieces of a missile that it said was sacked by a Pakistani F-16 before it was downed.

The Indian government was quick to reject this claim, branding it "irresponsible and preposterous" and a call for action issued to terrorists, the Times of India wrote.

The success of Indian air strikes on a camp of the Jaish-e-Mohammed militant group in northwestern Pakistan has also been thrown into doubt after satellite images showed little sign of damage.

Pakistan on Sunday released 100 imprisoned Indian fishermen as part of a goodwill gesture that would see the phase-wise release of 260 more Indian nationals in the month of April, Express News reported.

The minister said Pakistan had already briefed the permanent members of the United Nations Security Council on the issue and stated Islamabad's apprehensions.

"India has been strongly warned by Pakistan in case of any misadventure", the FO spokesperson said.