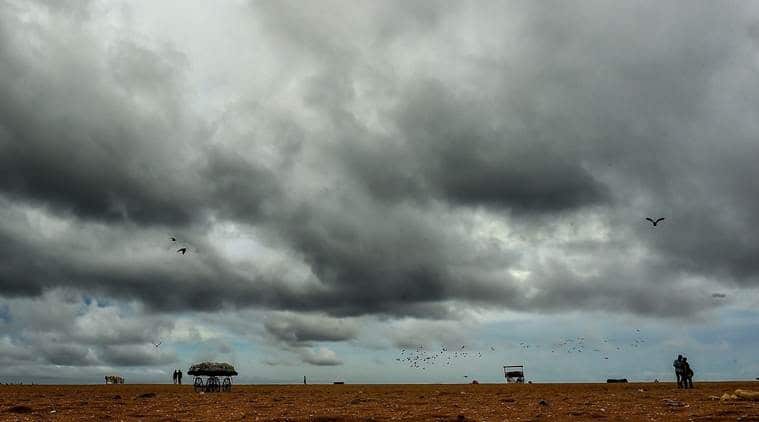 Former Director of the Regional Meteorological Centre, Bhubaneswar, Sarat Sahu said Odisha witnessed cyclonic storms during summer in 1893, 1914, 1917, 1982 and 1989, but these brought little trouble for the state as they either fizzled out or changed course towards West Bengal.

India began evacuating hundreds of thousands of villagers on Wednesday and shut down operations at two major ports on its east coast ahead of the impending cyclone expected to make landfall on Friday.

"Gale wind speed reaching 90-100 gusting to 115 kmph are very likely over along and off West Bengal coast from early morning for subsequent 12 hours and decrease thereafter", the weather office added.

Heavy rainfall is very likely over north coastal Andhra Pradesh on Thursday and light to moderate rainfall at most places with heavy to very heavy rainfall at a few places a day later.

Speaking to media persons, Chief Electoral Officer (CEO) of Odisha, Surendra Kumar said that the constitutional authority has made a decision to change the locations of two of the strong rooms where the EVMs have been kept after the conclusion of 4-phase elections in the state.

The Cyclone Warning Division of the IMD said Cyclone "Fani" (pronounced Foni) lays southwest and adjoining west-central and southeast Bay of Bengal about 760 km south-southwest of Puri (Odisha) and 560 km south-southeast of Visakhapatnam (Andhra Pradesh) and about 660 km north-northeast of Trincomalee (Sri Lanka).

Aircraft of the Indian Navy are also in a state of readiness at two locations for emergency services. "The Election Commission has approved the proposal to lift the model code of conduct (MCC) in 11 districts of Odisha to facilitate relief and rescue operations", Chief Electoral Officer (CEO) Surendra Kumar told PTI on Wednesday.

The shelters can accommodate about one million people during cyclones and floods. "In addition, 24 teams are on alert standby at NDRF bases". High alert has also been sounded in Tamil Nadu and Andhra Pradesh. Those who are out in the deep sea are advised to return to the coasts, said an official.

On May 3, the intensity and the spread of rains would increase further with heavy to extremely heavy rainfall in the coastal areas of Balasore, Bhadrak, Kendrapara and Puri, Ganjam Gajapati, Kandhamal Kalahandi, Angul and Keonjhar. Special Relief Commissioner of Odisha Bishnupada Sethi claimed that there are chances of high to very high rainfall in many parts of Odisha especially in southern Odisha.