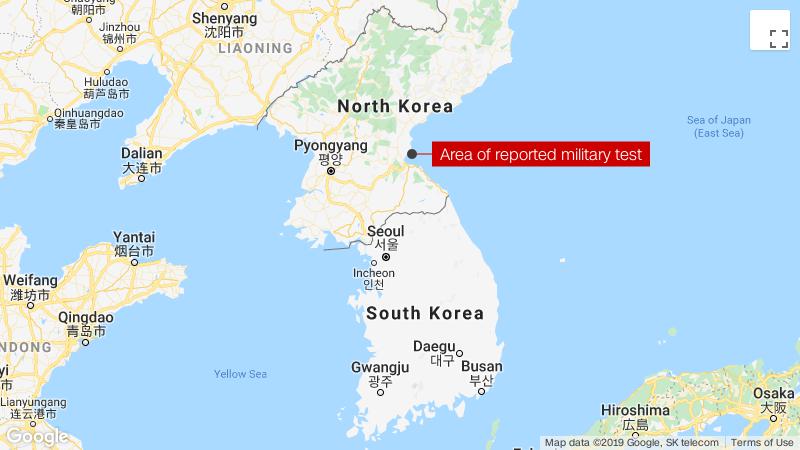 Between 2016 and 2017, North Korea carried out almost 40 ballistic missile launches. "South Korea and the United States are closely coordinating to maintain a full readiness posture".

North Korea fired the missile toward the east from the eastern town of Wonsan just after 9 a.m. local time, South Korea's Joint Chiefs of Staff said in a statement.

Update: (10:51 am) Yonhap News Agency reported that the missile identified earlier was in fact a barrage of unidentified short-range missiles.

The Office said it was conducting joint analysis with the United States.

Last month Pyongyang said it had test-fired what it described as a new "tactical guided weapon".

North Korea placed a moratorium on tests a year ago amid a warming of tensions between Pyongyang and both Seoul and Washington - a warming that led to several rounds of peace talks and negotiations as well as the demolition of several key sites for the country's missile and nuclear weapons programs. "We will continue to monitor as necessary", Press Secretary Sarah Sanders said in a statement. "At this point, we have not confirmed any situation where Japan's national security would immediately be affected".

During the diplomacy that followed a rocky 2017, Kim Jong Un said that the North would not test nuclear devices or ICBMs.

North Korea has not commented on the test.

The firing comes amid a diplomatic breakdown following the failed summit earlier this year between US President Donald Trump and North Korean leader Kim Jong-un over the North's pursuit of a nuclear arsenal that can target the US mainland.