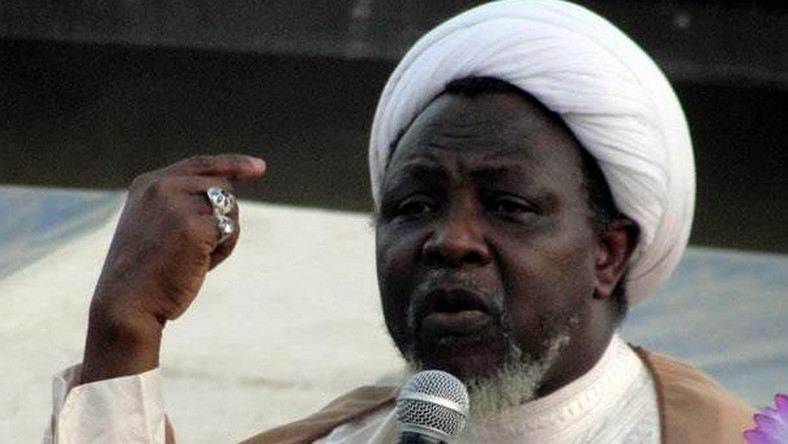 A man raising his arms walks past police officers as they disperse members of the Islamic Movement of Nigeria (IMN) from a street in Abuja, Nigeria July 23, 2019.

A policeman was also killed in the unrest, which broke out when hundreds of protesters from the Islamic Movement in Nigeria (IMN), a Shia sect, marched demanding the release of cleric Ibrahim Zakzaky, who has been held since December 2015 on charges including terrorism.

He was immediately taken to an undisclosed hospital where he died.

President Muhammadu Buhari on Tuesday offered his condolences to the families of the dead police officer and journalist but did not mention the deaths of Shiite protesters.

Punch is reporting that the protesters shot a police officer, DCP Umar, dead. "We have recovered six bodies, and many of our members are injured", Abdulrahman told CNN.

The FPRO said the "heavily armed protesters defied all sense of decency and violently attacked" innocent citizens and police personnel on duty along the route.

Also, two (2) Assistant Superintendents of Police and a Staff of Channels Television sustained serious injuries and are now receiving treatment.

South Koreans boycotting Japanese brands as trade row intensifies
Japanese government officials say it is unlikely that the Self-Defense Forces can be deployed without new legislation to allow it.

Mba confirmed that the police had arrested 54 suspects in connection with the incidents, adding that the suspects were undergoing interrogation and would be arraigned as soon as possible.

Ibrahim Musa, president of the Media forum of the Islamic Movement in Nigeria, said in a statement that trouble started when the police prevented the group who are on a peaceful protest from accessing their way in Abuja.

Each group blamed the other for the lethal violence.

They were arrested after soldiers killed over 300 members of the IMN in a massacre on December 2015.

In October 2018, the IMN and human rights groups said, more than 40 people were killed when the security forces opened fire on crowds on the outskirts of the capital.

"The Federal Government no more has hands in the matter and to that extent, the government at the centre can be said to be clear of any alleged violations of court orders as being trumpeted every day".