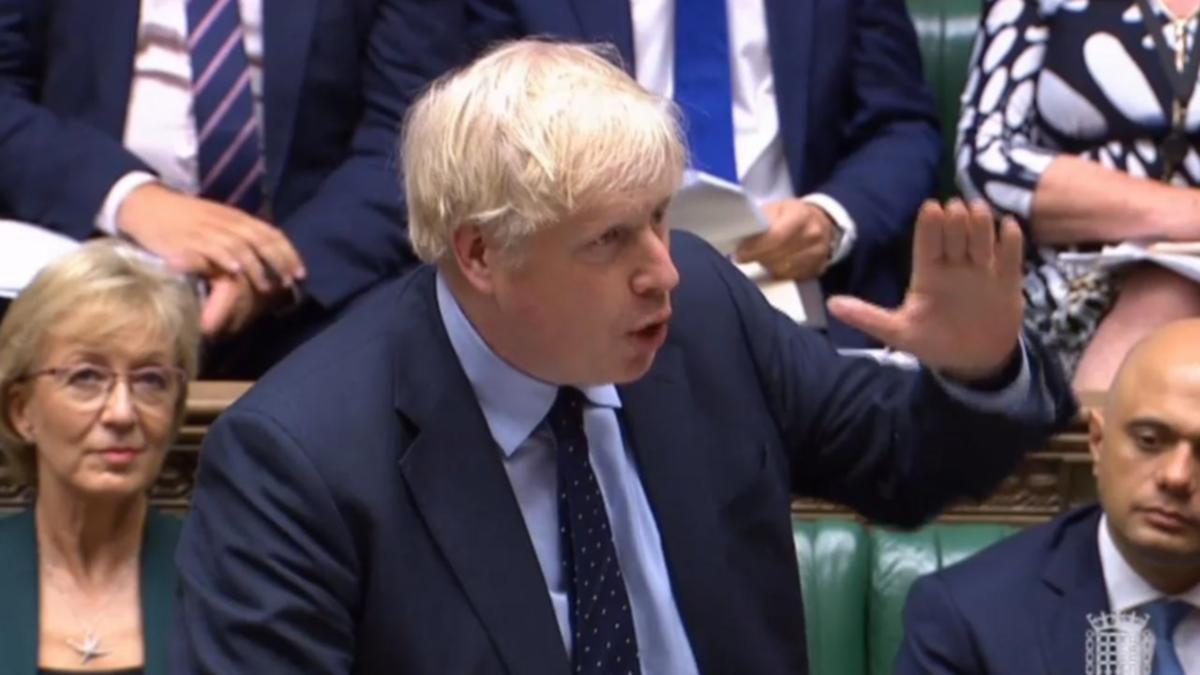 British Prime Minister Boris Johnson suffered key defections from his party Tuesday, losing a working majority in Parliament and weakening his position as he tried to prevent lawmakers from blocking his Brexit plans.

After a dramatic emergency debate within the Commons this night, MPs voted for the movement proposed by Sir Oliver Letwin, with 328 votes for and 301 votes towards.

The removal of the slew of rebel MPs comes hours after the Government lost its majority when Dr Phillip Lee, formerly a Conservative MP, crossed the floor to sit with the Liberal Democrats while Mr Johnson was speaking.

Just 24 hours before Boris Johnson removed the whip from Ken Clarke for voting against the government and supporting the rebel alliances' attempt to stop a no-deal Brexit.

Under the terms of the European Union (Withdrawal) (no 6) Bill, the Government must seek a delay to the UK's withdrawal from the EU until January 31 if there is no agreement with Brussels in place by October 19 and Parliament has not approved a no-deal Brexit. In a clear warning to his party rebels, he said if Parliament votes for the bill to block a no-deal Brexit on Wednesday, the public will have to choose who goes to the European Union on October 17 to sort the issue out and take Brexit forward.

Mr Clarke said it is wrong to say opponents of the PM are trying to reverse Brexit, adding they have voted for it more often than Mr Johnson.

Thirdly, they did it because they know - everybody knows - that members of the current Tory leadership have chosen this destructive path not for the sake of the country, not for the well-being of the British, not for the future of their children, but because they are afraid that, having promised Brexit and failed to deliver, they will lose the next election.

Ms Greening, Mr Hammond and Mr Grieve all confirmed they would join opposition MPs in voting for legislation created to delay Britain's exit from the European Union if no agreement can be struck with the European Union before October 31. "I think there will be enough people to get this over the line".

The Prime Minister earlier confronted shouts of "resign" and was challenged by Philip Hammond to publish Britain's new Brexit proposals in the course of the stormy return to the Commons.

Johnson's government will now seek to hold a vote on Wednesday to approve an early election, most likely on 14 October.

"I don't want an election but if MPs vote tomorrow to stop negotiations and to compel another pointless delay to Brexit potentially for years then that would be the only way to resolve this", he said.

But some in the party are concerned about holding one before legislation is passed that would force whoever is the next prime minister to postpone Brexit if there is no agreement with Brussels before October 31.

I put it off once already, but I have to decide whether to vote Conservative if Boris Johnson is still the leader.

The next stage is as unpredictable as the dramas so far with reports that peers loyal to Boris Johnson may attempt to filibuster and introduce delaying tactics, although this may now not be the preferred option if the government really wants a general election.

Labour leader Jeremy Corbyn responded: "There is no majority for a no-deal Brexit in the country".

The lobby groups urged Johnson to swiftly conclude a deal with Brussels that included a "meaningful transition period" to an "ambitious agreement" over the future trading relationships between the United Kingdom and the EU.

A no-deal Brexit is considered risky because it will sever decades of seamless trade with Europe's single market of 500 million people.

They are not willing to take his word that the election will happen on October 14, and want to push on with passing the No Deal legislation before agreeing to trigger a poll.