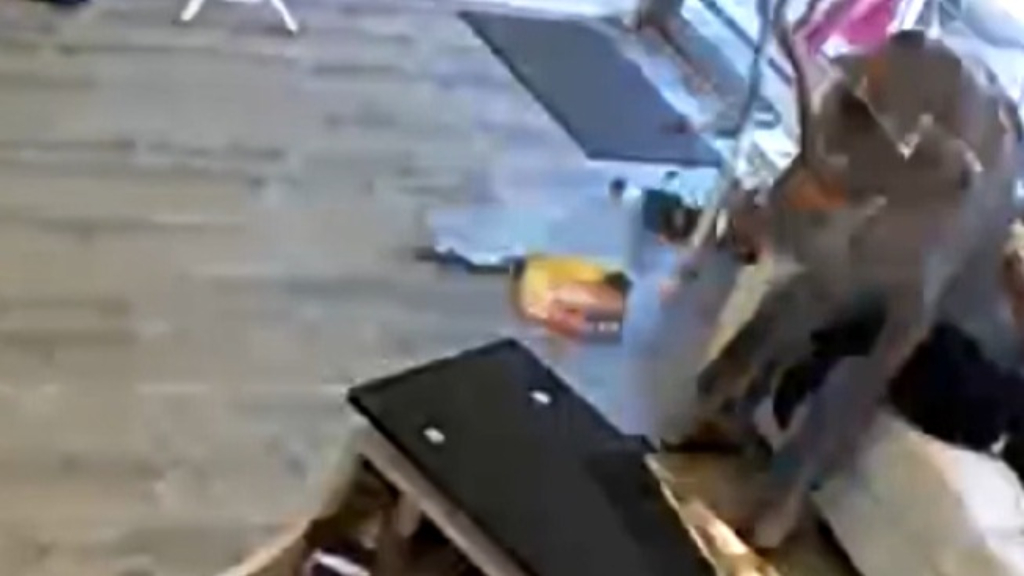 According to police the incident happened at Bea.you.tiful Hair Salon in Long Island shortly before 12:30 pm local time on Saturday.

Video posted by the salon's Facebook page shows the 6-point buck running across traffic and crashing into the large plate glass window that faces the street, sending shards of glass flying across the shop.

One woman suffered minor injuries, but no one else was hurt when a deer crashed through the front window of a NY hair salon and trashed the store before running out again. The animal ran around the salon until eventually finding its way out. The deer looks to hit the other waiting customer while crashing through. The animal plowed into the front door of the business, smashing more glass and escaping. You never know when a deer is going to crash through your window.

Three customers were in the shop at the time and the woman sitting on the couch was hospitalised with injuries to her leg and her head however she is said to be doing well. "I just started screaming". "It was insane. I've never seen anything like that in my life", Preuss said.

I couldn't even imagine this happening. "It was bleeding all over the place".