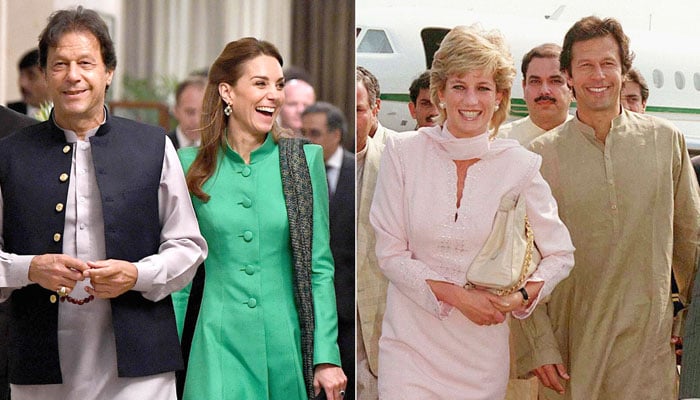 On the fourth day of their tour, William and Kate were spotted touching down at Lahore and making their way to a cancer hospital which was visited by Princess Diana just a year before her fatal vehicle accident.

Prince William and Kate Middleton are on the royal tour of Pakistan.

"Few of us have experienced turbulence as bad as that", she added.

According to the outlet, the pilot attempted to land the RAF Voyager at two different airports but was forced to turn back to Lahore.

"While they probably have more pressure than the average couple to have children, by all appearances they also WANT to have a family because they want a family, not to just crank out an heir and a spare", the royal fan said.

English said it was unclear when they would be able to take off again.

Man brings body to California police, says he killed family
That led to the suspect - whose name has not yet been released - handing over the keys to a red Mazda sedan. After leaving Roseville, they "traveled to unknown places in Northern California and ended up in Mt.

The Shaukat Khanum Memorial Cancer Hospital and Research Centre was started in the early 1990s by the cricket-hero-turned-politician Imran Khan, who is now Pakistan's prime minister, and whose first wife Jemima Goldsmith was a friend of the late princess.

On their visit to Lahore, the couple visited National Coaching Center (NCA) to play cricket and then headed to the iconic Badshahi Mosque.

The Duchess also sat down with the children and read them from a story.

The Duke and Duchess of Cambridge were aboard the Voyager, a Royal Air Force jet, en route to Islamabad during their five-day tour of the country when the plane was caught in a vicious storm.

William sported a cream-colored linen suit and Kate donned a light green shalwar kameez, wrapping her hair in a matching headscarf and walking in stockinged feet to show her respect.

The couple have spent much of the trip promoting various causes, from girls' education to conservation and climate change awareness as they criss-crossed the country.

William and Kate have travelled to Pakistan at the request of the Foreign and Commonwealth Office. George was born more than 2 years after William married.