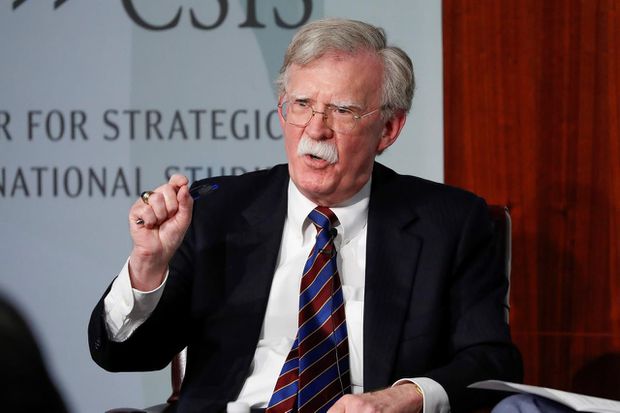 Trump and Kim's first meeting in Singapore in June 2018 yielded a vague joint declaration that committed their countries to the "complete denuclearization of the Korean Peninsula" and a change in their relations.

"I expect the working-level talks to accelerate positive developments in DPRK-U".

The upcoming talks will mark the first nuclear negotiations between the two sides since February's summit between U.S. President Donald Trump and North Korean leader Kim Jong-un broke down without an agreement due to differences over Pyongyang's denuclearization measures and Washington's sanctions relief. When Bolton was removed by Trump earlier this month, North Korean envoy Kim Myong-gil praised the "wise political decision" and hoped that further talks would be negotiated "from a more practical point of view".

While it has put a moratorium on testing long-range missiles, North Korea has continued to test short-range ballistic missiles and has made no firm commitments to stop testing submarine launched missiles.

The Democratic People's Republic of Korea (DPRK) reported Tuesday that it had agreed with the United States to hold meetings on October 4 and 5, after assuring it was ready to enter into negotiations.

The Trump administration has vowed to maintain robust economic pressure until North Korea takes real steps toward fully and verifiably relinquishing its nuclear program. "In fact, I think the contrary is true", Bolton, a hardliner towards North Korea and Iran who was sacked by Trump three weeks ago, said at Washington's Center for Strategic and International Studies think tank.

Trump and Kim had signed a joint statement during their first summit in Singapore previous year that said the North Korean leader "reaffirmed his firm and unwavering commitment to complete denuclearization of the Korean Peninsula".

On Monday, former national security adviser John Bolton warned in a speech in Washington D.C. that Kim Jong Un "will never give up the nuclear weapons voluntarily". Bolton, who once made the legal case for striking North Korea first, discussed North Korea in his first major public appearance since his ouster.

"This is a government that has essentially violated every worldwide agreement it has ever made", he said. Trump and Kim met for the third time at the inter-Korean border on June 30 and agreed that working-level talks between the countries should resume.