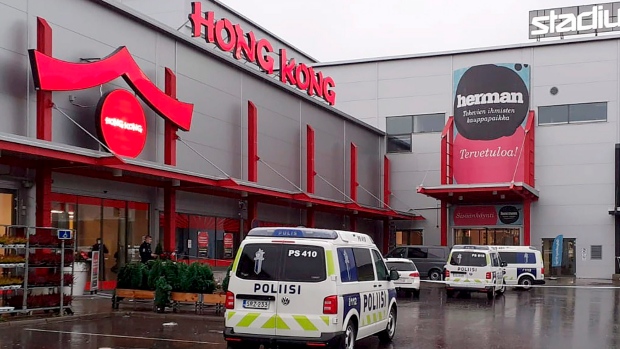 One person was killed and 10 were injured in an attack at a vocational school adjacent to a shopping center in Finland on Tuesday.

Police didn't give the suspect's age, but said he was born in 1994 and he's a Finnish national without a prior criminal record.

The shopping centre is located a few kilometers outside the center of Kuopio, about 350 kilometers northeast of the capital, Helsinki.

Two of those hurt in the incident are seriously injured, according to the Eastern Finland Police Twitter account. The wounded were taken to Kuopio University Hospital.

One witness told Finnish news site MTV News the attack had been carried out by a student with a sword.

Strides Pharma halts sales of heartburn drug Ranitidine in USA market
Ranitidine is a almost Rs 690 crore market in the country, as per pharmaceutical market research firm AIOCD Awacs PharmaTrac. The ministry at that time tested Zantac and some other 35 generic drugs sold in Korea but found no NDMA in them.

Police have not yet identified the suspect, saying only that he is a 25-year-old student at Savo. The witness said some students fought back and threw chairs at the attacker who ran away. Police used firearms in the situation. Kokkonen told reporters a bloodied teacher ran to her garage after escaping from the classroom.

Finland is considered a relatively safe country, with a total of 73 homicides in 2017, but it does have a large gun-owning population.

Police further said the suspect was armed with both a gun and "bladed weapon".

In a tweet, Finnish Prime Minister Antti Rinne described the attack as "shocking and utterly reprehensible". More details are expected to emerge at a press conference Wednesday.