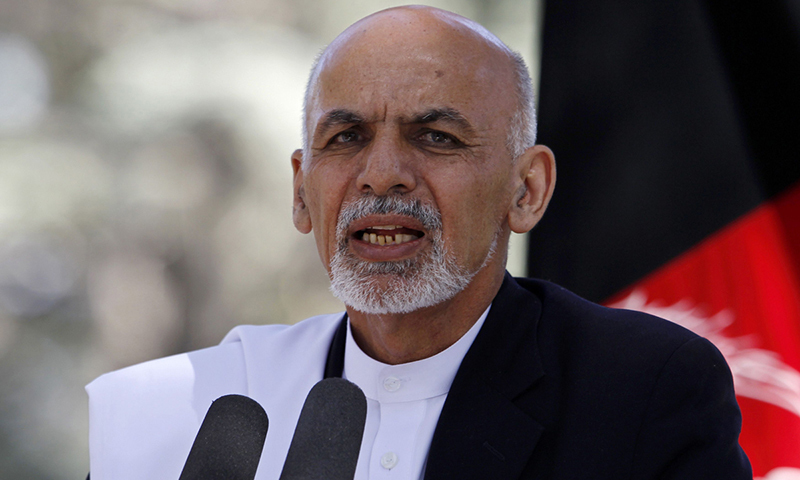 Afghan President Ashraf Ghani announced Tuesday (Nov 12) that three high-ranking Taleban prisoners would be released, in an apparent exchange for two Western hostages who were kidnapped by the insurgents in 2016.

The American University of Afghanistan welcomed news of "the possible release" of King and Weeks in a statement posted on its website.

The three Taliban, who are being held in a prison near Bagram Airfield, will be released if the militant group frees Kevin King, 63, of the USA, and Timothy Weeks, 50, of Australia, Ghani said in a live television broadcast.

The two hostages, a U.S. citizen and an Australian, were lecturers at the American University of Afghanistan in Kabul when they were kidnapped in 2016.

The talks between the USA and the Taliban that began in the middle of a year ago was called off by U.S. president Donald Trump in early September following a Taliban attack in Kabul that killed a United States soldier.

China is also conducting trilateral Foreign Ministerial-level talks with Pakistan and Afghanistan to iron out differences between Islamabad and Kabul over concerns of the Taliban's presence in Pakistan.

"We can assure the families of both teachers that we welcome and honor those who come to our country to pursue education", Ghani said. The Taliban have not confirmed they will release the two professors either.

Other key Taliban members being released, according to Ghani, were Abdul Rashid and Mali Khan.

UK Labour party suffers 'major cyber-attack' ahead of election
A spokeswoman said: "We have experienced a sophisticated and large-scale cyber-attack on Labour digital platforms. The nature of such attacks often makes it hard to attribute responsibility to any particular group, he said.

"In consultations with our global partners especially the USA, we have adopted a mechanism and approach to make sure the release of these three men wouldn't reinforce the ... enemy and intensify attacks by them", he said.

Anas Haqqani was arrested in Bahrain in 2014 and charged with raising funds "from individuals from Arab countries" and recruitment through social media.

Subsequently, U.S. officials said that American forces had launched a rescue mission to free the two, but the captives were not found at the raided location.

The two men - American Kevin King, 63, and Australian Timothy Weeks, 50 - were ambushed at gunpoint while leaving the university in 2016.

Ghani said that the conclusion by Afghanistan's government to launch the Taliban prisoners was created following consultation with the global community and the USA.

The Taliban, who have long refused to negotiate with Mr Ghani's administration, are yet to respond to the announcement.