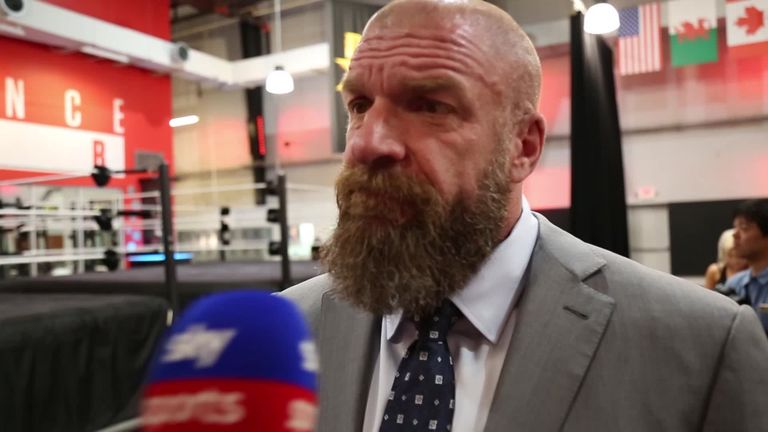 After so many nasty words and shots lobbed from each side, CM Punk walked onto the WWE Backstage set on FOX to the sounds of Living Colour's "Cult of Personality" on Tuesday night. That's right! CM Punk is back in the WWE, but it's not in the in-ring wrestling capacity.

It should be noted that the deal with Punk involves FOX and not WWE. I don't know. It could mean that CM Punk does not, in fact, have any interest in actually wrestling.

Catch WWE Backstage Tuesdays on FS1 for the latest news and conversation from around the WWE Universe.

WWE.com confirmed that Punk will be making "periodic appearances", and multiple sources have backed up that he will not be an analyst on the show every single week.

"It's as simple as this: Just when they think they've got the answers, I change the culture", Punk told the camera after entering on his well-known entrance music, before adding: "I'll see you here next week".

Answering listener questions, Ross then says that Triple H had personal problems with Punk that soured the Summer of Punk storyline.

Punk left an unforgettable legacy during his WWE career, including holding the WWE Championship for a remarkable 434 days.

"It might be part of the reason Punk's appearance on "WWE Backstage" came as a surprise to the panel for this week' show of Paige, Booker T, Samoa Joe and Adam Cole".

According to PWInsider.com, he is signed with FOX and at this time has no contract in place with WWE itself.

Meanwhile, this is definitely good news for Punk fans who have been waiting for a return for the longest time.

Punk famously left WWE in 2014 and vowed to never return.