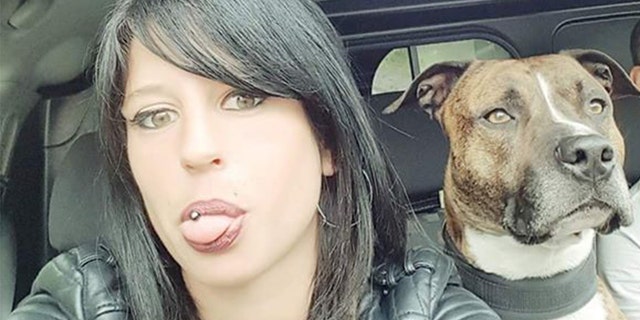 Police are investigating whether the dogs in the hunt were the same ones who killed Pilarski.

A pregnant woman has been killed by dogs while walking her own dog through a forest in northern France, investigators say.

Pilaski was six months pregnant when she died.

Police are conducting tests on 93 dogs in an attempt to establish which of the dogs were behind the attack.

Ms Pilarsk bled to death after suffering bites from several dogs to her arms, legs and head, according to an autopsy report.

French prosecutors are unsure which dogs are responsible for the attack but a pack hunting deer was in the forest at the time, local media reported.

The attack on her transpired as she was walking her dogs in the forest.

A person associated with the hunt, Angela Van Den Berghe, confirmed that an event had taken place on Saturday but told the L'Union news site (in French) that "to our knowledge, the tragic accident that occurred has no relation neither with our dogs, nor with the hunt with hounds".

He reportedly rushed to the area, where he found her distressed dogs who then led him to her mutilated body.

Animal activist Brigitte Bardot has addressed to Elisabeth Borne, French minister for ecological transition, requesting her to cease all hunts immediately: "You have a duty to operate instantly".

But the French hunting association insisted there was no evidence of "the involvement of hunting hounds in the death of this woman". "When I looked down into the precipice, the ravine, I saw around 30 dogs coming towards me so I pulled back", Pilarski's partner, Christophe, told BFMTV, adding that she was nude and had been "partially devoured".