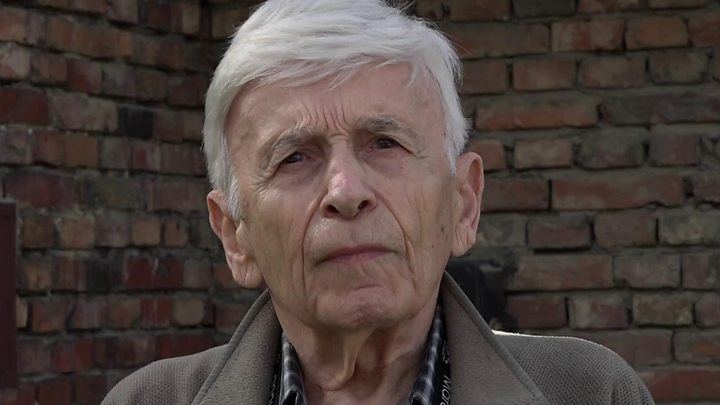 "Remembering the crimes, naming the perpetrators, and giving the victims a dignified commemoration, that could per chance per chance moreover be a responsibility that does no longer stop", she stated.

"To be aware of this responsibility is part of our national identity, our self-understanding as an enlightened and free society, a democracy with rule of law", she said. But none has visited since, and this first visit by a chancellor for 24 years is being viewed as highly symbolic.

This donation to the Auschwitz Foundation adds to the 60 million euros that Germany donated a decade ago when the fund was launched, according to the Auschwitz-Birkenau State Museum.

Merkel attended a ceremony alongside a camp survivor and Polish Prime Minister Mateusz Morawiecki ahead of the 75th anniversary of the Nazi camp's liberation.

"This site obliges us to keep the memory alive".

Mrs Merkel used her first official visit to Auschwitz, which lies in modern Poland, to send a clear warning about rising anti-Semitism.

Oboh backs Joshua to beat Ruiz Jr
Joshua also says that he still maintains that the punch by Ruiz that got him in the last fight was a punch sent by the gods. We will see a faster and better-balanced AJ. "I'm really nervous", said the Matchroom Boxing chief.

Her visit on this cold, sunny Friday included a moment of silence at the so-called "Black Wall", where some 20,000 people were shot to death.

Nazi German forces killed an estimated 1.1 million people at the Auschwitz-Birkenau complex during their occupation of Poland during World War II. Most were killed and burned on the premises on an industrial scale, using a series of gas chambers and crematoria - the same chimneys the older inmates pointed out to Bartnikowski.

Angela Merkel has expressed "deep shame" during her first visit as Germany's chancellor to the Auschwitz-Birkenau Holocaust memorial and pledged to fight rising racism and anti-Semitism in her country and Europe.

German chancellors have made the trip to Auschwitz before - Helmut Schmidt visited in 1977 and Helmut Kohl in 1989 and 1995.

Her visit comes at a time when anti-Semitic crimes are on the rise in Germany.

The visit "is a particularly important signal of attention and solidarity at a time when Auschwitz survivors are victims of anti-Semitic insults and hate-filled emails", said Christoph Heubner, deputy chairman of the Auschwitz International Committee.

Senior AfD lawmaker Bjoern Hoecke has called for a "180-degree shift" in the culture of atonement.

She said the money would go to the foundation that runs the site, to help preserve the physical remnants such as the barracks, the guard towers and personal items. "I was and I am sceptical about the future of this grand coalition".