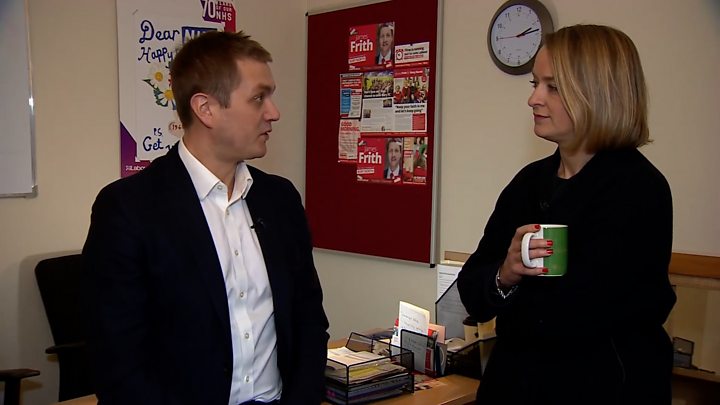 The shadow business secretary has the backing of the current Labour leadership and is viewed as the "continuity Corbyn" candidate - a label she has rejected.

Candidates need the nominations of three Labour affiliates, including at least two unions, which amount to at least 5% of affiliate members.

Sir Keir is the frontrunner in the Labour contest, having already secured his place on the final ballot paper as a result of nominations from the unions Unison and Usdaw and the Socialist Environment & Resources Association (Sera), an affiliate group.

Rebecca Long-Bailey is also expected to make the final ballot.

Ms Nandy has already been nominated by the National Union of Mineworkers.

Speaking at the first regional hustings of the contest last weekend in Liverpool, Ms Phillips said Boris Johnson would be "terrified" by the prospect of facing her in the Commons.

GMB general secretary Tim Roache said Ms Nandy was "a breath of fresh air in the debate over Labour's future".

The GMB has also nominated Angela Rayner for deputy leader of the Labour Party.

"The more members see of Lisa in this contest the more impressed they will be by her ambition, optimism and decisive leadership".

Jess Phillips earned herself the scorn of much of the left-wing of the party for her repeated attacks against Mr Corbyn, proudly saying that she would "knife him in the front" if he were to harm the Labour party in 2015.

When she entered the contest earlier this month, Ms Phillips called on those who wanted to change Labour's direction to join the party in their thousands.

"Lisa won't shy away from the tough challenges or bold decisions that lie ahead because she knows that after 15 years of losing elections, more of the same won't cut it".