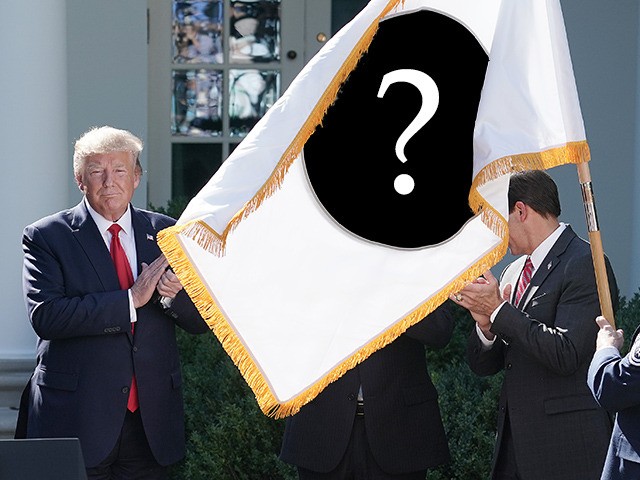 President Donald Trump rolled out the fresh logo in a tweet on Friday, immediately triggering comparisons to the iconic sci-fi series and its fictional space force, Starfleet.

"Sure the Space Force and Star Trek have the same logo but everyone knows Star Trek has all sorts of time travel going on", one user said, providing some plausible deniability. Trump had been pushing for a military presence - namely Space Force - since early 2018. Tom Cotton, R-Ark., pointed out that the longstanding logo for the U.S. Space Command - a division of the U.S. Air Force that will now operate under Space Force - also has a lot in common with the Starfleet medallion.

"Space is the world's new war-fighting domain", Trump said during a signing ceremony in December, at Joint Base Andrews outside Washington.

Since the idea for Space Force was first pitched, there has been much speculation and interest in some of the lighter, cultural aspects of the service, including what its uniform, logo and official song will be. He originally wanted a Space Force that was "separate but equal" to the Army, Navy and Air Force, but instead Congress made it part of the Department of the Air Force.

George Takei, who played Mr. Sulu in the original Star Trek TV series and films, tweeted, "There is nothing sacred any more", above an image comparing the two logos.

"Ahem. We are expecting some royalties from this", he tweeted. For the thought leaders who were able to look past the knee-jerk reaction of satire involved with Trump and a cartoonishly titled branch of government must surely be laughing a little bit now with what the Space Force logo looks like.

Tom Cotton, shared an older patch for an existing Air Force Command logo on his Twitter.