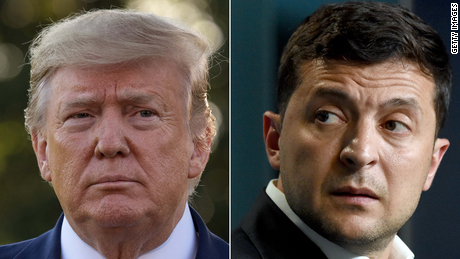 A nonpartisan government monitor on Thursday said the Trump White House violated the law when it froze millions of dollars in military aid that had been approved by Congress.

"Faithful execution of the law does not permit the president to substitute his own policy priorities for those that Congress has enacted into law", the GAO report states, again underlining what should be obvious.

The Government Accountability Office says the White House Office of Management and Budget violated the law in holding up the assistance, which had been approved by Congress and remains at the center of Trump's impeachment.

The holdup was not a "programmatic delay", but was instead driven by policy in violation of the law, the office concluded.

Well, duh. Yet some of Trump's defenders - notably, acting White House Chief of Staff Mick Mulvaney, who should know better - insisted that as long as the aid to Ukraine was released by the end of the fiscal year, everything would be hunky-dory.

The House impeached Trump last month for abusing his power and obstructing Congress over his decision to withhold congressionally appropriated aid to Ukraine last July while he and those close to him, such as his personal lawyer, Rudy Giuliani, pressured Ukrainian officials to mount a politically motivated investigation.

Democrats were quick to jump on the decision in order to continue their push for witnesses and additional evidence to be allowed at the Senate's impeachment trial.

Its report said that the U.S. Constitution does not grant a president unilateral authority to withhold funds in the way that Mr. Trump did.

Barca top the Money League with record breaking revenue
The importance of European football was underscored by the fact that TV broadcast revenues make up 44% of clubs' income on average.

Trump has always maintained he's done nothing illegal. OMB told GAO that it withheld the funds to ensure that they were not spent "in a manner that could conflict with the President's foreign policy".

While the letter freezing the funds was initially signed by Mark Sandy, a career OMB official, it was renewed several times by a political appointee, Michael Duffey, which budget veterans have said is highly unusual.

"Will the self-proclaimed party of "law and order" continue ignoring the fact that Donald Trump committed a crime?"

I don't doubt that many of Trump's Republican allies will shrug off the latest evidence of presidential wrongdoing, but their indifference to his illegalities is suddenly even more hard to defend.

However, the OMB has argued the hold was appropriate and necessary.

The report isn't the sexiest Ukraine-related tidbit circulating these days; far more attention is being paid to the latest accusations from Lev Parnas, the Ukrainian American who was part of Rudolph W. Giuliani's merry band of pranksters trying to dig up dirt against former Vice President Joe Biden.

Russia's defence ministry did not respond to a request for comment about Area 1 Security's assertions.