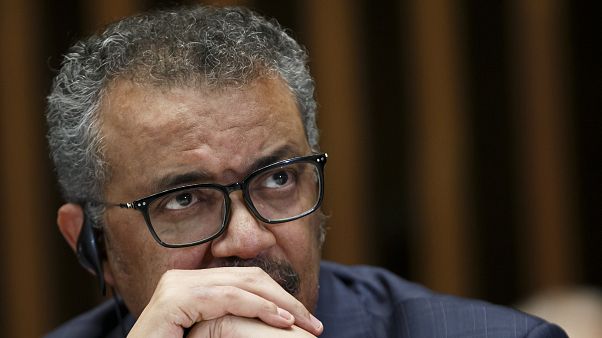 "Europe has now become the epicentre of the pandemic, with more reported cases and deaths than the rest of the world combined, apart from China", he said.

The global health body said it is "impossible" to say when the pandemic will peak and Tedros warned world governments that a raft of measures are needed to tackle the disease.

During the Q&A, Adhanom went further, noting that while the immediate threat still needs to be addressed, and addressed promptly, the COVID-19 pandemic has also revealed fundamental issues with our global approach to pandemic preparedness that we'll need to address longer-term. Aside from workers who need to be present, all employees have been advised to work from home to practice social distancing.

As of Friday, there were more than 136,000 cases of COVID-19 reported in 117 countries, according to statistics compiled by Johns Hopkins University. "About 5,000 people have lost their lives, a tragic milestone".

The WHO voices concern on the fast-spreading of coronavirus over the European countries.

"You can't fight a virus if you don't know where it is", he said, calling on countries to "find, isolate, test and treat every case, to break the chains of transmission". "And it may not be the most exciting thing, but it's the most important thing that you can do to protect yourselves". "Do not just let this fire burn", he said.

When asked by the Financial Times which countries he was referring to, Ryan said the World Health Organization doesn't call out member countries in public. "But we haven't seen an urgent enough escalation in testing, isolation and contact tracing, which is the backbone of the COVID-19 response".

Other groups are involved in the effort, including worldwide anti-poverty group Global Citizen which is partnering with the World Health Organization and calling on specific governments to increase their support.

The health organisation has thanked countries that have supported its response plan, including Japan which had this week contributed over a US$150 million.