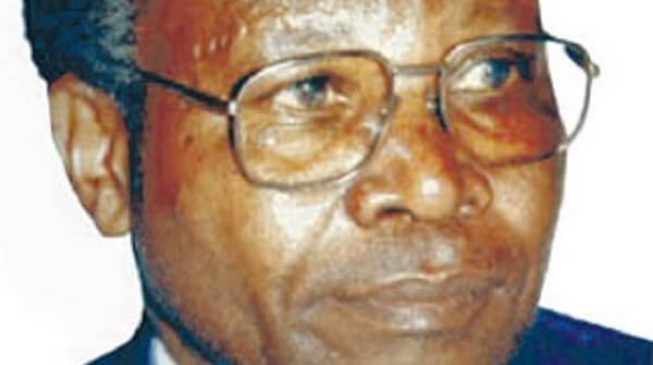 Félicien Kabuga, a businessman indicted for complicity in the Rwandan genocide, was arrested on Saturday after living under a false identity.

The 84-year-old Kabuga was arrested on Saturday in Paris region by French police and plans are underway to decide the next course of action to be taken against him.

The International Criminal Tribunal for Rwanda had charged him for crimes against humanity while the United States placed $5m bounty on him.

The US has said Mr Kabuga was co-founder and chairman of the Fonds de Défense Nationale (FDN), through which he is alleged to have provided funds to the interim Rwandan government for the purposes of executing the 1994 genocide.

Some 800,000 people, mainly Tutsis but also moderate Hutus, were slaughtered over 100 days by ethnic Hutu extremists during the 1994 genocide in Rwanda.

The arrest paves the way for bringing the fugitive bfore the court of appeal in Paris and the global court in The Hague.

UF athletic director responds to DeSantis' offer to host NFL
Doug Ducey said a day earlier that his state is open to games without spectators for all the major sports starting Saturday. Florida previously let golfing resume, as well as professional wrestling and fighting.

Yet for roughly a quarter-century, Kabuga managed to elude arrest and became Rwanda's most-wanted fugitive - despite an global effort that included the promise of a $5 million reward from the U.S. State Department for information leading to his capture.

The arrest will bring Kabuga before the Paris Appeals Court before authorities hand him over to the tribunal.

Mr Kabuga is now expected to be transferred to the custody of The Hague to stand trial "following completion of appropriate procedures under French law", the statement said.

He expanded by opening businesses in the capital Kigali and by 1993 was already part of the inner circle of then Rwandan president Juvenal Habyarimana, with his daughter marrying one of the president's sons.

Two other Rwandan genocide suspects, Augustin Bizimana and Protais Mpiranya, are still at large, on the run from global justice.