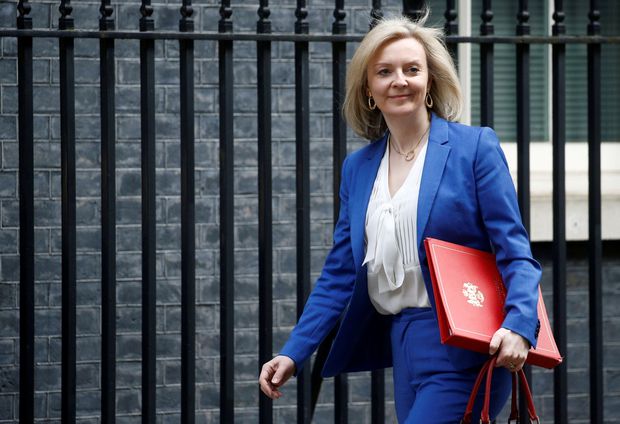 It will apply to countries with which it has no agreement and will remove all tariffs below 2%.

However, he said he found it "perplexing" that Brussels treats the United Kingdom as an "unworthy" partner, forced to accept restrictive provisions as a precondition for a deal despite Brussels not making similar demands when negotiating FTAs with countries like Mexico, New Zealand, or South Korea.

Some will view this as adding clarity, improving simplicity for importers, and prepping for upcoming trade deals, others may point to simplification of tariffs (removal of Meursing, rounding down) as lowering existing barriers.

It said tariffs will be cut on over 100 products to promote a sustainable economy, with thermostats, LED lamps among others dropping to zero tariffs.

Tariffs will also be maintained for the "vast majority" of ceramic products coming into the country. The government says tariffs will be scrapped altogether on £30bn of imports.

"What is on offer is not a fair free trade relationship between close economic partners, but a relatively low-quality trade agreement coming with unprecedented European Union oversight of our laws and institutions", he said.

"The draft Free Trade Agreement published today by the UK's Brexit negotiators is very positive, and takes into account all the areas of global trade which FTA has been asking government to prioritise over the past three years", she said.

Britain published its draft legal text on Tuesday, described by a spokesman for Prime Minister Boris Johnson as "a constructive contribution".

The country remains bound by European Union rules until December 31 as it tries to agree terms for a new relationship with its biggest trading partner.

"Transparency is very important in negotiations", Barnier responded, pointing out that the EU Commission published its documents more than two months ago.

The government said that while nearly all pharmaceuticals and most medical devices, including ventilators, are already tariff-free, some products used to fight the crisis still face duties.

And he said there needed to be "tangible and parallel progress" made "across all areas of negotiations", including on the level playing field, fisheries and the governance of the arrangements.

Mr Gove told MPs: "The EU essentially wants us to obey the rules of their club, even though we are no longer members, and they want the same access to our fishing grounds as they now have, while restricting our access to their markets".