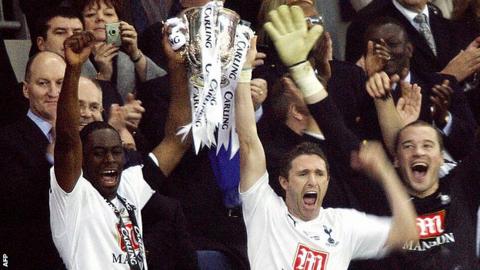 Tottenham Hotspur has completed the signing of Pierre-Emile Hojbjerg from Southampton in a £20 million deal, according to TalkSport.

Spurs will pay around £15m plus add-ons for Hojbjerg, who will pen a five-year contract in north London.

Tottenham's backline was porous over the past campaign, although Toby Alderweireld and Davinson Sanchez did put in some good performances together towards the end of the campaign. This, combined with the fact that Spurs would be unlikely to get the money back which they paid for the midfielder, could see Daniel Levy decide to keep him at the club.

Our legendary former captain needs little introduction, having given us 13 years of sterling service as a first team player, making 323 appearances in total and lifting the League Cup at Wembley as captain in 2008.

Mourinho operated for most of last season with just one natural right-back in Aurier, whose form was often inconsistent.

Kyle Walker-Peters, who had spent the second half of last season on loan at Southampton, is expected to move in the opposite direction to St Mary's for an initial £12m, but personal terms have not yet been agreed. I think there is a fantastic future ahead for the club and I wanted so much to be a part of that.

Spurs finished the season sixth in the standings, securing a berth in next season's Europa League qualifiers, while Southampton came 11th.

Southampton manager Ralph Hasenhüttl added: 'It was not easy for Kyle when he arrived here.

Sky Sports News exclusively reported in January that Hojbjerg was a target for Jose Mourinho as he looked to re-model the squad in his own image.