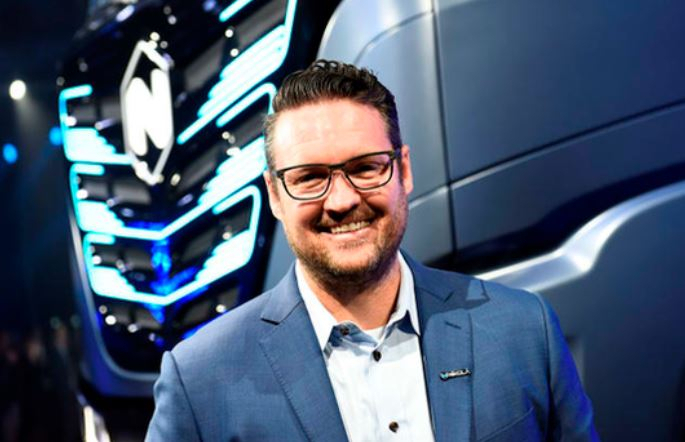 As fraud allegations continue to pry on the electric vehicle manufacturer, Nikola's founder and CEO Trevor Milton voluntarily resigned to protect the company, but vowed to "be cheering from the sidelines".

He will be replaced by board member Stephen Girsky, who is a former vice-chairman of General Motors and helped lead the carmaker out of bankruptcy.

Short-seller Hindenburg Research said in a scathing report earlier this month that it had gathered enough evidence to show that Nikola and Milton made false claims about company's proprietary technology to form partnerships with large automakers.

Milton tweeted that the whole report was a "hit job" while a Nikola spokesperson claimed that Nikola has been vetted by some world's leading companies and investors.

Hindenburg Research, a firm that owns a short position in Nikola's stock and stands to gain from a decline in the share price, said September 10 that Nikola deceived investors about its business prospects - claims that are now the subject of inquiries by the U.S. Securities and Exchange Commission and, reportedly, the Justice Department.

"While founder Trevor Milton's departure may give the appearance of a company that's moving on, we believe this is only the beginning of Nikola's unraveling", Hindenburg Research said in an emailed statement following the announcement of Milton's departure Monday.

European Union seals second COVID-19 vaccine deal as World Health Organization scheme deadline looms
Moderna Inc said on Friday it expects to produce 20 million doses of its experimental coronavirus vaccine by the end of the year. According to Lancet report, in phases one and two trails, the vaccine did not lead to side effects in 76 volunteers.

Nikola rejected the accusations and threatened to take legal action against the short-seller.

Nikola, a competitor for Elon Musk's Tesla in the trucks space, said last week it was discussing the claims with the U.S. Securities and Exchange Commission (SEC).

Shares in the company had already dropped by more than 19% in the days since the report was first published by Hindenburg.

Hindenburg also compiled a detailed account of Nikola's early days, including Milton's business patterns in the past.

Milton continued, "We've built a deep bench of talent over the years, and I am confident that Nikola's Chief Executive Officer, Mark Russell, supported by Chief Financial Officer, Kim Brady, and the rest of the leadership team will advance our goal of making Nikola the global leader in zero-emissions transportation". GM had agreed to develop and build Nikola's Badger pickup which, under the terms of the agreement, would utilize GM technology nearly exclusively.

Nikola has had a co-development agreement with Germany's Robert Bosch since 2017 to develop key components such as fuel cells, motors and battery packs. However, it maintains that Nikola has since created "real working hydrogen fuel-cell powered semi trucks". It plans to build a battery electric semi truck with CNH Industrial N.V.'s Iveco at a facility in Ulm, Germany, by the end of next year. GM also will supply batteries for other Nikola vehicles including heavy trucks.