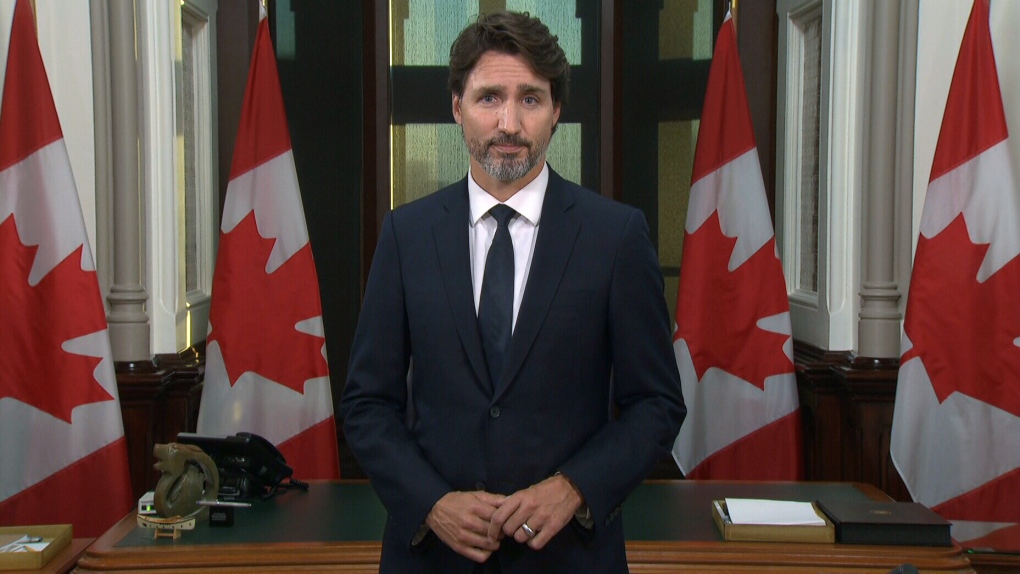 When all was said and done, those Canadians who stayed tuned for the entire show had a fair idea what to expect from each of the parties come the next federal election, whether that's later this fall or, more likely, next spring.

In the joint televised press conference with Trudeau, Tam said Canadians still have a chance to keep the epidemic from escalating, "if we all act together now".

He went on to urge Canadians to limit their contacts, wear masks, get the flu shot this fall and download the COVID Alert app to help tackle the virus across the country.

"Because this is the first time ever in the history of our country that we have a federal program now for paid sick leave? we believe this is a first step towards creating a permanent program that should be a part of our Canadian social safety net".

"The plea has been to work with us". In his evening address, Trudeau reiterated some promises from the throne speech, particularly the promise to build a national child care program so "no parent, especially no mother, has to put their career on hold".

The throne speech also committed to extending the Canada Emergency Wage Subsidy program until next summer and creating a million jobs, as well as accelerating national long-term care standards and a national pharmacare program.

Delivered in the Senate Chamber by Gov. Gen. Julie Payette, whose office is garnering its own attention for harassment allegations, the speech was all-encompassing and based on four foundations - fighting the pandemic, supporting businesses and people through it, building the country back and standing up for Canada on the worldwide stage.

The sweep of the pandemic's resurgence, particularly in Ontario and Quebec, was underscored by the fact that two of the four party leaders who spoke Wednesday night - O'Toole and Blanchet - have tested positive for the virus and are now in isolation. "You need to know that you can rely on us, just like you can rely on each other".

"It is nonexistent in this throne speech", he said in an interview with the Canadian French-language ICI RDI, adding the plan did not exclude further support to the oil and gas industry. But he failed to do so and is leaving Canadians behind, once again.

The scandal led to Morneau's resignation and increased scrutiny from parliamentary committees into the role of Trudeau, the Prime Minister's Office, other ministers and senior members of the public service.

NDP leader Jagmeet Singh said on Wednesday his party had yet to decide whether it will support the government.

"What's before Canadians right now with the legislation we've secured is going to be temporary and it's something that we want to fight to make permanent", Singh told CTV Question Period Host Evan Solomon in an interview airing Sunday.

"We had a discussion with the Prime Minister the week before the Throne Speech, and I could see that he kept his word to include us". Pallister said this issue was completely ignored in the throne speech.