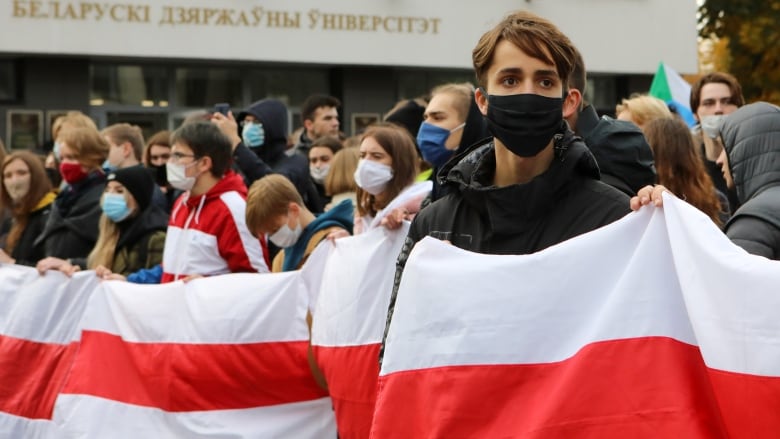 President Alexander Lukashenko spoke with US Secretary of State Mike Pompeo in a phone call on Saturday, in which the Belarusian leader said his country and Russian Federation were ready to respond jointly to external threats.

They carried red and white flags and marched while chanting "Go away!" and "New election!", references to a disputed presidential vote that returned President Alexander Lukashenko to a sixth term and triggered nearly daily protests.

The election was followed by a crackdown on the opposition, with all main challengers to Lukashenko either being arrested or leaving the country.

The Belarusian political crisis was triggered by official results of the August 9 presidential election, which gave Lukashenko a victory with 80% of the vote - a result the opposition has insisted was rigged.

In Minsk, police used stun grenades to disperse the crowds.

A United Nations human rights investigator said last month that thousands of people had been "savagely beaten" and there were more than 500 reports of torture, which the authorities deny.

Protests against Lukashenko have persisted, despite a police threat to open fire on demonstrators. 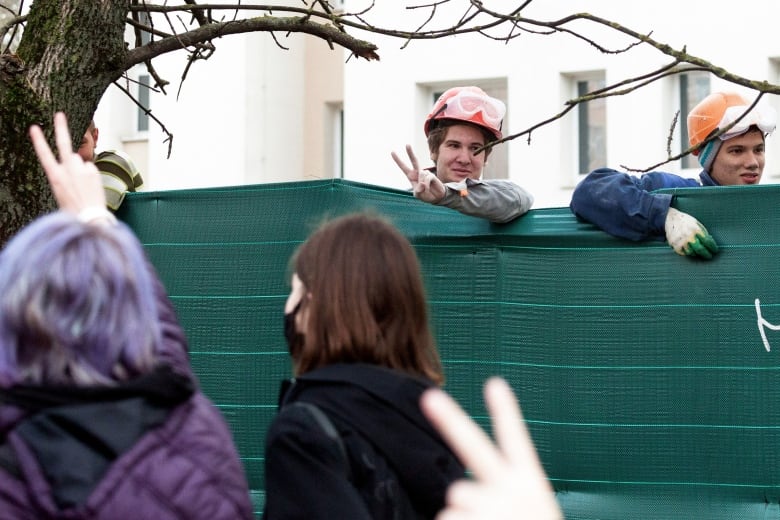 "The people's ultimatum", as Ms Tsikhanouskaya dubbed her demands, was the theme of Sunday's rally.

Ms Tsikhanouskaya, who is now in exile in Lithuania after leaving the country in fear for her safety, threatened to call a nationwide strike for Monday unless Mr Lukashenko announced his resignation, released political prisoners and stopped the crackdown on protesters before then. But in a show of opposition strength, tens of thousands marched through Minsk and other cities on the 11th straight weekend of mass protests since a disputed election.

Tsikhanouskaya, who fled to Lithuania after the August 9 election for the safety of her family, has urged Belarusians from Monday to block roads, shut down workplaces, stop using government shops and services and withdraw all money from their bank accounts.

In another statement later in the day, Ms Tsikhanouskaya condemned the use of stun grenades against the protesters in Minsk and said the strike will begin on Monday.

Ms Tikhanovskaya issued an ultimatum earlier this month threatening a strike if Alexander Lukashenko did not resign.

"The regime once again showed Belarusians that force is the only thing it is capable of", she wrote in a statement.

Besides Lukashenko's resignation, the opposition's ultimatum had also called for all political prisoners to be freed and violence against protesters to end.

The country's interior ministry told Russia's Tass news agency that riot control weapons were deployed as darkness fell and large crowds continued to make their way through the streets of the capital.

Flu Shot Fears Growing Further as Suspected Deaths Pile Up
Concerns over the vaccination program have grown following the recent deaths of at least 32 people who had previously been immunized.