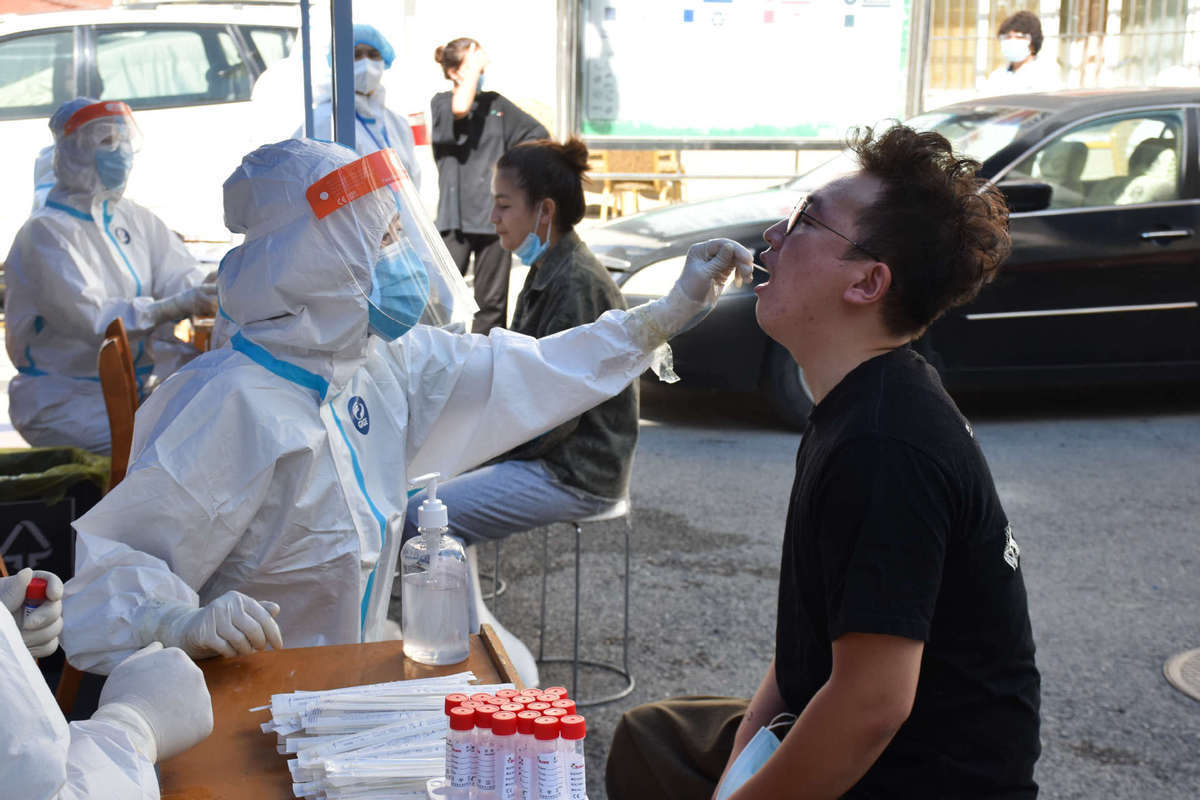 A remote city in China's in the north-western region of Xinjiang, Kashgar, reported of more than 100 asymptomatic Covid-19 cases detection on Sunday, October 25, said the regional health authority.

All the new cases were reported in south Xinjiang's Kashgar Prefecture after a 17-year-old female villager from the prefecture's Shufu County was confirmed as an asymptomatic carrier of the virus on Saturday during routine nucleic acid testing.

The girl's parents and brother tested negative, as did 831 people at her place of work, described during the press conference as a garment factory where she lived most of the time and left for home about once every two weeks.

With the city locked down, all of its 4.7 million residents will now be tested with China claiming to have tested 2.8 million already and with the remaining tests to be carried out within the next few days, Pop-up booths have been set up across the city, with medical workers in PPE suits administering the tests.

By Saturday afternoon, word had spread on Chinese social media that the Kashgar airport had been closed. Xinjiang authorities say air and rail transport have returned to normal.

In other comments reported (link in Chinese) by state broadcaster CCTV, Gu said the girl who tested positive lived and worked in a clothing factory in Shufu, and last weekend visited a shopping mall and a bazaar. This is the highest daily number of asymptomatic COVID-19 cases reported in China in almost seven months.

Though the number of new Covid-19 cases are down sharply in mainland China from the peaks seen in February, Beijing is wary of another wave of infections and maintains mass and rapid testing capabilities. The officials said 137 new asymptomatic coronavirus cases in Kashgar were registered.

But some public health experts have questioned the effectiveness of citywide testing, given that patients are usually identified over a range of time.

"This is just a snapshot, so it definitely will miss a lot of positive individuals", Dr. Jin Dongyan, a virology professor at the University of Hong Kong, told CNN.

According to AFP, 137 new infections were discovered. "There is no need to cover the whole city", he said.

Schenker Stresses Reform as Lebanon's Hariri is Back as PM
Lebanese citizens have also been unable to access their savings after banks slapped on capital controls fearing a run on deposits. Hariri got backing from the other Shiite group, Amal, as well as a small Christian party and independents.