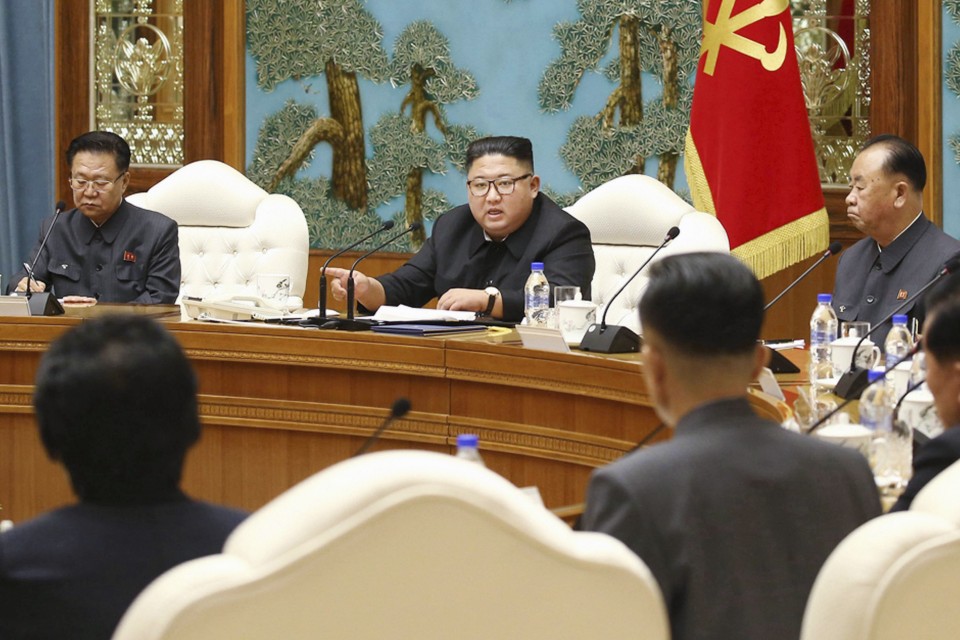 At least two people have been executed as part of the anti-coronavirus and economic relief drive, despite the country officially reporting no cases of COVID-19, lawmakers said.

The tyrant has been lashing out with "excessive anger" and taking "irrational measures" in recent weeks as a result of the pandemic, said one of the officials, Ha Tae-keung, who was briefed by National Intelligence Service. The lawmaker also said that North Korea executed a high-profile money changer in Pyongyang last month after accusing him for a falling exchange rate.

Rep. Ha quoted the intelligence agency as saying that another key official was also executed in August for violating a ban on imports amid toughened quarantine control measures caused by the pandemic.

Kim has also banned fishing and salt production at sea to prevent seawater from being infected with the virus, the NIS told lawmakers.

Ha added that North Korea had tried to hack into the computer network of a South Korean drugmaker developing a COVID-19 vaccine, but that the attempt had been foiled.

North Korea repatriation is rare in the South, but according to the unification ministry about half of the 55 South Korean citizens confirmed to have left for the North in the past 10 years were defectors. Trade with China is usually seen as North Korea's economic lifeline, but that lifeline has effectively been cut.

The NIS also reported that the North could postpone its Workers' Party convention announced for early next year due to disease control issues.

Pyongyang has not made official reaction to the recent USA presidential election, but urged all its overseas diplomatic missions to exercise caution and not "provoke" the United States, lawmaker Kim said.

Lawmaker Kim Byung-kee cited the NIS as saying that North Korea is displaying anxiety as its friendly ties with Trump become useless and it has to start from scratch in dealing with the incoming Biden administration. During past government changes in the US, North Korea often conducted big weapons launches to increase its leverage in future negotiations with a new US administration.

Experts have been debating whether North Korea will resume major missile tests soon to try to get Biden's attention.