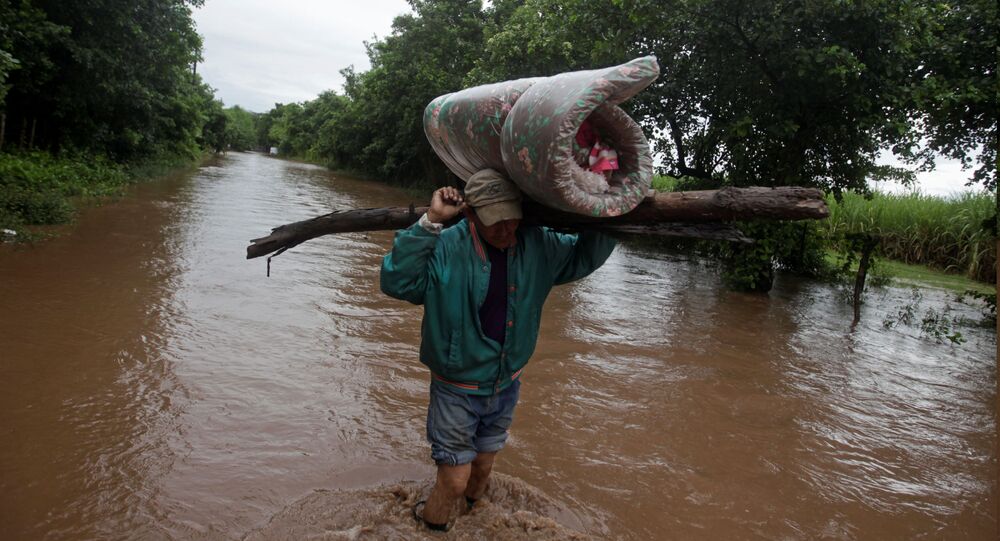 In a preliminary report of the damage caused by Iota, which reached El Salvador ion Wednesday as a tropical depression, the Permanent Contingency Commission (COPECO) said 61,228 Hondurans had been forced to evacuate to 750 shelters, reports Xinhua news agency. The victims were spread across the country, swept away by swollen rivers or buried in landslides.

"We're flooded everywhere, the rain lasted nearly all night and now it stops for an hour then comes back for two to three hours", said Marcelo Herrera, mayor of Wampusirpi, a municipality in the interior of northeast Honduras crossed by rivers and streams.

Hurricane Iota left a trail of destruction in its wake as the powerful, deadly storm moved through much of Central America, bringing about catastrophic weather conditions and killing at least 11 individuals after making landfall late Monday in Nicaragua.

The European Union said it would allocate over $10 million in emergency funds to Nicaragua. By early Wednesday, Iota had dissipated over El Salvador, but the storm's torrential rains remained a threat.

Hurricane Iota damaged a road in El Florido, Honduras, on the border with Guatemala.

Iota could still drop up to 30 inches (76 centimeters) of rain in some areas, the US National Hurricane Center warned.

"We could die", said one, Inocencia Smith. Some were rescued by Nicaraguan authorities, she said. "There is no food".

At least 30 people were dead as Hurricane Iota, the strongest Atlantic hurricane of the year, batters Central America.

With both Eta and Iota rated a 5 on the AccuWeather RealImpact™ Scale for Hurricanes-based on predicted disastrous flooding, rainfall, and storm surge along with the destructive winds, and the overall humanitarian crisis that is subsequently occurring in the region-the communities affected have been left vulnerable. It left tens of thousands homeless in Honduras, which reported 74 deaths and almost 57,000 people in shelters.

Iota marked the first time two major hurricanes have formed in the Atlantic basin in November since records began. The hurricane season is not over and water has yet to recede.