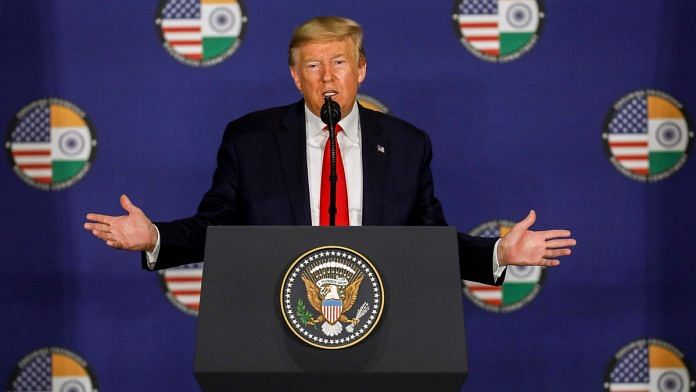 "The Executive Order prohibits certain purchases involving publicly traded securities, or any securities that are derivative of, or are created to provide investment exposure to such securities, of any Communist Chinese military company", Trump said in a letter on Thursday.

"The president's action serves to protect American investors from unintentionally providing capital that goes to enhancing the capabilities of the People's Liberation Army and People's Republic of China intelligence services, which routinely target American citizens and businesses", said Robert O'Brien, the U.S. national security adviser, according to The Financial Times.

Through these investments, the PRC can "directly threaten the United States homeland and United States forces overseas", continued the order.

The order has targeted China's biggest companies, including in the tech and telecom sectors.

Social media and chatting apps have also fallen victim to the ongoing tiff, with TikTok and WeChat both narrowly avoiding being banned from downloads in United States app stores.

No COVID Vaccine for NY Until Cuomo Personally Approves It
Six governors from the Northeast are expected to meet this weekend to discuss plans to combat the coronavirus as cases surge across the nation.

Under the terms of the executive order, United States investors, from January 11, are prohibited from any transactions in publicly traded securities (and derivatives) that are connected to the blacklisted companies. It adds up to the heated trade and technology battles between the world's largest economies.

His transition team declined to comment on the order.

Tougher moves against China have been expected in the waning weeks of Trump's administration.

Pompeo also irked Beijing by telling a radio interviewer on Thursday that "Taiwan has not been a part of China" in the view of American policymakers since the Reagan administration.

Speaking in Beijing on Friday, Chinese foreign ministry spokesman Wang Wenbin reiterated that the island province of Taiwan is an inalienable part of China and warned that Pompeo's comments would harm Sino-US relations.

"In that way, the [Chinese government] exploits United States investors to finance the development and modernization of its military", the order reads.

Taiwan hopes to continue its close cooperation with the United States, the island's de facto U.S. ambassador told Antony Blinken, a longtime confidant of President-elect Joe Biden, as Taiwan moves to shore up ties with the new administration.