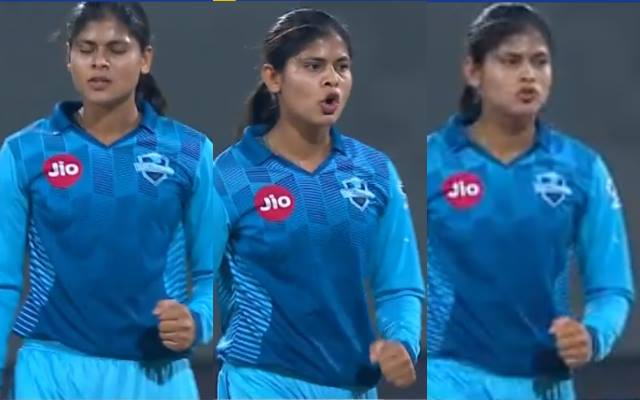 In reply, Dottin gave Trailblazers a swift start, belting a 15-ball 27 in a 44-run opening stand with captain Smriti Mandhana who scored a patient 33 from 40 balls.

Sharjah: After suffering a defeat against Supernovas, Trailblazers' Deepti Sharma said her team will work hard and try to rectify the mistakes they made.

Earlier, Chamari Athapaththu's 67 off 48 balls propelled Supernovas to 146/6 in their 20 overs.

Deepti and Mandhana tried to fix the innings but Anuja, who came in for Pooja Vastrakar, caught and bowled the skipper in the 13th over to reduce Trailblazers to 83 for 3. The points table leader Trailblazers already have very strong net run-rate (net run-rate = +3.905).

Subsequently, skipper Harmanpreet contributed with 31 runs off 29 deliveries, while Jemimah Rodrigues (1), Shashikala Siriwardene (2) and Anuja Patil (1) all fell cheaply as Supernovas posted a score of 146 for six in their stipulated 20 overs.

Opener Deandra Dottin has also been among runs but will be keen to notch up a big one.

Harleen was out after scoring 27 runs in 15 balls.

"With the start we got, we were looking at least 160 but we knew that the ball was turning and our spinners will come into play", she added.

A boundary a piece from Deepti and Harleen in the 16th over from Harmanpreet brought that down a fraction but it rose again after another tight set from Radha and just three runs from the first four balls of the 18th.

Priya fell when her attempt to clear the fence saw Deepti pull off a superb catch running forward off Khatun.

After posting a challenging 146/6 wickets, Supernovas restricted their opponents to 144/5 wickets in 20 overs.

The Sri Lankan was holed out by Hemalatha off Harleen's tossed up delivery in the 17th over. However, after the dismissal of these three, the innings of Supernovas stumbled and suddenly the team's score also stopped.