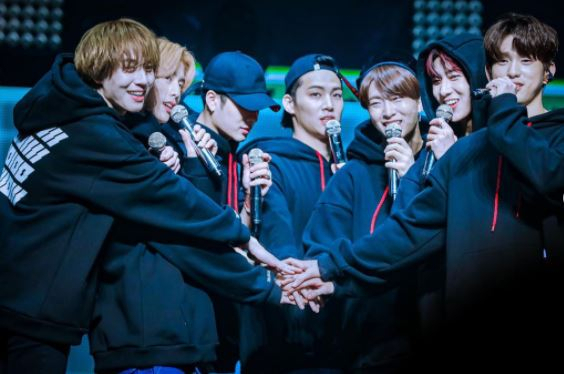 Mark Tuan also tweeted, "These past seven years have been the best years of my life".

GOT7 has been active as a global idol group representing K-pop for 7 years since its debut on January 16, 2014.

After several years of being an artist under JYP Entertainment, well-loved K-pop boy group GOT7 has made a decision to bid farewell to their long-time management. They agreed on staying collectively, however they disagreed on the selection of their company.

They debuted under JYP Entertainment in 2014 with the hip-hop-inspired single Girls Girls Girls and won over worldwide fans with their multicultural and multilingual appeal.

Although GOT7 left JYP Entertainment, the group did not disband and looks forward to supporting each other and reuniting in the future to meet their precious fans.

It is not clear if the group will dissolve, but if they will continue as a group, there are some issues they have to resolve, such as the group's name copyrights which belong to JYP Entertainment.

GOT7 debuted under JYP Entertainment in 2014 and the members ended their contract with the agency after seven years. It was reported that Jackson planned to use his label Team Wang for global activities, and BamBam was rumored to sign with MakeUs Entertainment. " "Members care a lot about GOT7".

The seventh member of the group, Mark, who hails from the US will return to his hometown Los Angeles. Yugyeom is said to be signing with AOMG while Youngjaw is speculated to be signing with Sublime Artist. It is said that this agency will not only support his musical career, but also will help him with commercials and photo shoots. As per reports, the acclaimed vocalist is considering working on solo music in the United States and might start his own YouTube channel.