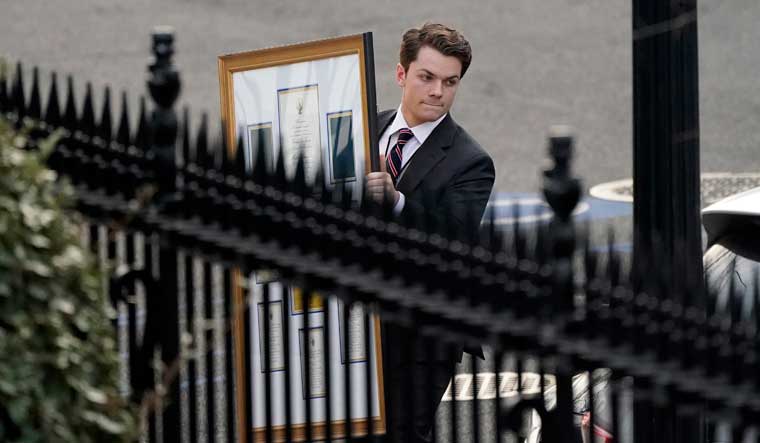 With less than a week to go before President Trump's presidency comes to an end, Ivanka Trump and Jared Kushner have become the center of Internet fodder after the Washington Post reported on Thursday that the couple refused to let their Secret Service detail use any of the six bathrooms inside their ritzy D.C. home.

The Secret Service has rented the apartment since 2017.

"Those agents have had to worry about death threats, secure perimeters and suspicious strangers". But Kushner and Trump took that to an extreme, forcing the Secret Service to install a porta-potty outside their home just so they had somewhere to relieve themselves, sources said.

"After resorting to a porta-potty, as well as bathrooms at the nearby home of former president Barack Obama and the not-so-nearby residence of Vice President Pence, the agents finally found a toilet to call their own".

In September 2017, the federal government began renting a $3,000-a-month studio apartment across the street from the Trump/Kushner residence for the agents' bathroom needs.

A White House spokesperson has disputed this report, saying the Secret Service made the decision not to allow the couple's detail inside their home. But as per CNN report, agents protecting the couple do not enter the home.

As for why the agents needed to use such a pricey solution when they had to use the bathroom?

That's more than $100,000 to date. "Their home will always be open to them and they have huge gratitude for their service over the last four years", wrote White House spokesman Judd Deere in an email. But a law enforcement official told the Washington Post that the agents were didn't use as the family asked them not do.