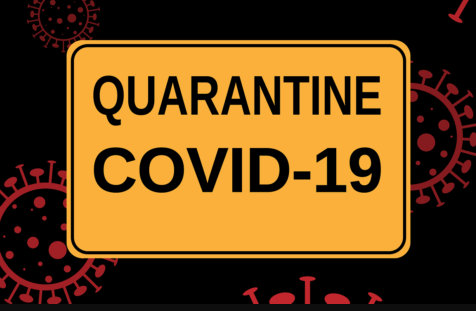 Dr. Christina Ghaly, the L.A. County director of health services, warned that hospitals "have reached a point of crisis and are having to make very tough decisions about patient care".

Ghaly said Monday that nearly all hospitals over the weekend were diverting advanced life-support ambulances due overcrowding in the emergency department.

In California, the number of patients in hospital for coronavirus has doubled in the past month. "Our health care workers are physically and mentally exhausted and sick."Solis called the situation a "human disaster".

Meanwhile, Dr. Michelle McMurry-Heath, president and CEO of the advocacy group Biotechnology Innovation Organization, told MSNBC's "Morning Joe" co-hosts Tuesday that the US had a national vaccine effort, but that it is lacking a national vaccination effort. While the emergency transport system and emergency department capacity in San Diego County remain severely strained, San Diego County EMS has not issued a similar memo and one is not anticipated at this time.

"Sometimes the patients themselves don't want to be moved to a lower level of care, and state law prohibits us moving a patient unless the patient agrees to the placement", Ghaly said. And by this way, we're trying to get more ambulances back into the field to respond to the critical emergencies and reduce the burden on the hospitals as well, because we know they don't have the staff to monitor these patients. Younger residents are infected more frequently in a normal pattern, then pass the infection on to older residents who are at higher risk of being hospitalized or dying. "We do not believe that we are yet seeing the cases that stemmed from the Christmas holiday". As of Monday, the countywide total since the pandemic began was 829,549.

"People who have a stroke or a heart attack or experienced a traumatic injury from a vehicle crash are finding it more hard to access care compared to months ago", Ferrer said after she reported 77 additional deaths and 9,142, new cases Monday.

Barbara Ferrer, Public Health Director for Los Angeles County, expects numbers to continue rising as a result of the recent holiday gatherings. In slightly more than one month, we doubled the number of people who have tested positive for COVID-19, going from 400,000 cases on November 30 to 800,000 on January 2. "We're all counting on one another to stay safe and reduce community spread and it's vital that West Hollywood's community members take every step possible to protect themselves and others during this surge". The cumulative positivity rate from throughout the pandemic is 16%.

Five Indian cricket players in isolation after restaurant visit
The Australian and Indian cricket boards are investigating the allegations which point towards a breach of biosecurity protocols. Earlier, India vice-captain Rohit Sharma hit the batting nets for the first time since arriving in Australia on Friday.

As of Monday, Santa Monica had reported 2,901 cases.

On the same day the directive was issued, reports came from the county with 7,697 hospitalization cases due to the coronavirus.

People in self-quarantine are required to stay home or find other lodging and avoid contact with others during the ten-day period.

Due to these factors, EMS workers were told to "perform resuscitation for at least 20 minutes" if a patient's heart has stopped instead of taking them to a hospital.

Well, actually, it is best practice to resuscitate patients in cardiac arrest in the field where they are found.

On Monday, EMS issued another directive to paramedic crews to limit the use of oxygen, reserving it for only patients in the most need. Ferrer said that if current case trends continue, there will be more than 9,000 COVID patients hospitalized within two weeks.