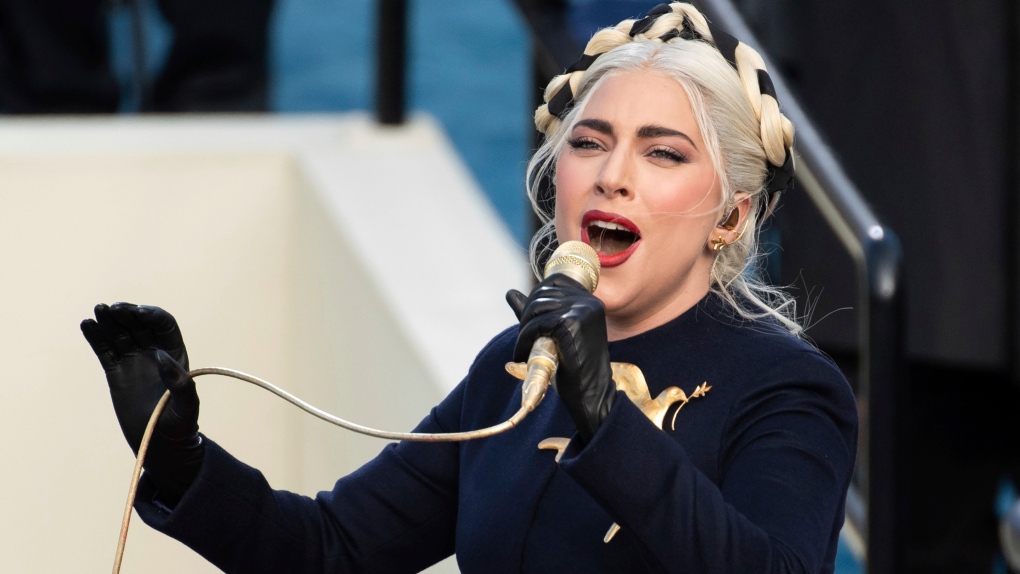 She completed the outfit with a large dove pin (a universal symbol of peace), and her hair was intricately braided.

Finally, chosen to recite her poem The Hill We Climb, the young American poet Amanda Gorman also shone during this ceremony. But perhaps those people aren't fans of dystopic YA novels turned into blockbuster movie franchises.

The magnitude of the day was not lost on Gaga, who tweeted about the privilege of getting to participate that morning.

In these times, that's not nothing, and we appreciate it.

She then articulated her feelings on performing the national anthem at the "Celebrating America" event.

These aren't the only performances we'll see on January 20.

Jennifer Lopez took the inauguration stage to perform a medley of patriotic songs - and she took a moment to slip in one of her own hits and address the nation in Spanish.

President Joe Biden and Vice-President Kamala Harris were sworn into office in the U.S. Capitol with the attendance of their allies in the political sphere, Democrat personalities, former vice-president Mike Pence who served in the Donald Trump administration, and former Democrat President Barack Obama with his wife, Michelle Obama.

Kerala ready; Vaccination drive to start from Saturday
On Saturday, Prime Minister Narendra Modi launched India's vaccination drive against the novel coronavirus via video conferencing. Federal officials said Canada will only get half its promised shipments of the Pfizer-BioNTech vaccine over the next four weeks.

Lopez and Gaga made headlines for their performances.

Although the angelic colour choice perhaps hid some of the anxiety Lopez felt about her performance today.

The singer, who has been present at rallies for Joe Biden leading up to his election win, showed her support for the new President ahead of her performance on Twitter.

Gaga did the honours by singing "The Star-Spangled Banner", the American national anthem, shortly before Kamala took the oath of office and was sworn in as US vice president.

In a tweet before her performance, she shared, "I will sing during a ceremony, a transition, a moment of change-between POTUS 45 and 46. Unlearning means I look for racialised social constructs in every part of my life - every day, all day".

Hearing JLo scream "LET'S GET LOOOOOOOOOOOOUD, cause this land was made for you and me", was amusing live.

But her incredible vocals weren't the only thing to catch the eye of viewers, with many taking to Twitter to discuss Lady Gaga's outfit, too.