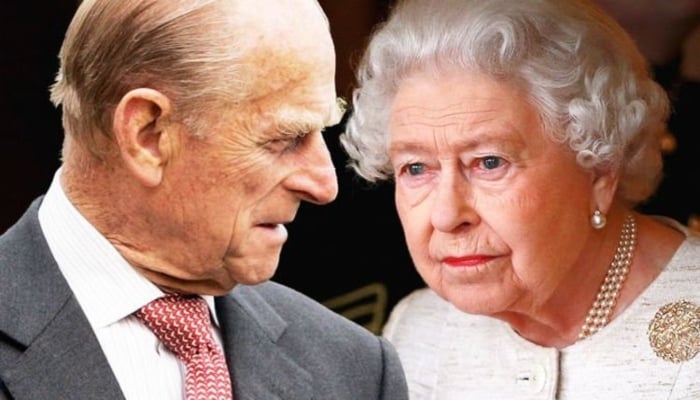 Queen Elizabeth and Prince Philip are marking their 73rd wedding anniversary with a gift from the next generation of royals, their great-grandchildren, Prince George, Princess Charlotte and Prince Louis.

LONDON (AP) - Britain's Queen Elizabeth II and Prince Philip will celebrate their 73rd wedding anniversary Friday, and for the occasion the royal couple have released a photograph of themselves opening a card from three of their great-grandchildren.

The Queen and The Duke of Edinburgh look at an anniversary card made by Prince George, Princess Charlotte and Prince Louis to celebrate their 73rd wedding anniversary.

In the photograph, a smiling Prince Philip holds the card in his hand.

The royal toddlers have not been able to see their great-grandparents for several weeks but they made sure their love reached Windsor Castle, where the Queen and Philip are now in residence together. On the table in front of them, a number of other letters and greetings that were sent to them. The card was first revealed in a photo shared by the Royal Family social media accounts on Thursday. But during the pandemic lockdown, the couple have been bubbled together at Windsor Castle.

Her Majesty wore the brooch - made of sapphire and diamonds - during their honeymoon while strolling in the gardens at Broadlands and again in a portrait for their 60th anniversary, reports People.

Then-Princess Elizabeth and Lieutenant Philip Mountbatten were married on 20 November, 1947.

In the photo, the queen is wearing the Chrysanthemum Brooch, which she also wore on her honeymoon with Philip, according to Buckingham Palace. She has been queen since 1952, ruling longer than any other British monarch. Their great grandchildren, meanwhile, are isolating at Anmer Hall in Norfolk with their parents.