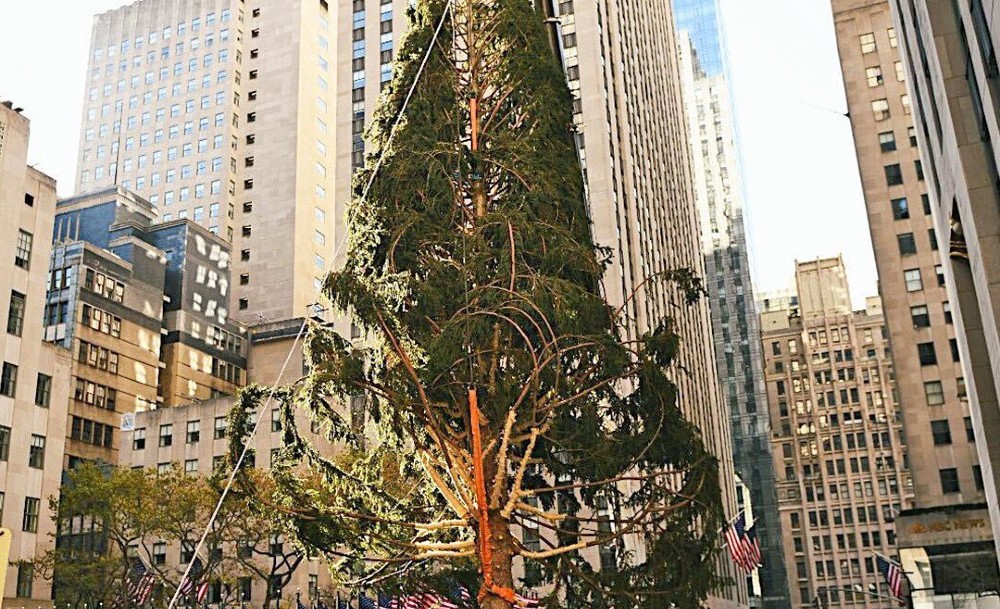 A tiny owl made an unexpected journey when he was caught up in the Norway Spruce destined to become one of New York's iconic landmarks: the Rockefeller Center Christmas tree.

The Norway spruce was cut down last Thursday in central upstate NY and then carried 170 miles south to Manhattan, where, this Monday, a worker tasked with unfolding its limbs discovered a fluffy little owl tucked snugly into the base of the tree.

The worker's wife contacted the Ravensbeared Wildlife Center in upstate NY to see if she would be bring in the badly malnourished bird so that it could be nursed back to full health. The owl has been named Rockefeller.

While many were quick to depict the miraculous delivery of a baby owl as a Christmas nativity scene - the tiny bird is a fully grown, adult saw-whet owl.

There will be no public access to this year's tree lighting ceremony, however, you're invited to view the live national broadcast "Christmas in Rockefeller Center" from home on NBC on December 2!

"Song birds return to their nests every year so those are the things everyone should be up in arms about because what you should do is check for any of those nests and if there are none that's a wonderful thing but you're supposed to check for those nests and move them to another tree", Runyan said.

A spokesperson for Rockefeller Center explained the tree was still warming up to its new environment, the "Today" show reported. Influencer and former basketball star Rex Chapman tweeted that the sad tree is "2020 on brand", while another user compared it to the Charlie Brown Christmas tree.

That's when an adorable owl was found inside the approximately 75-year-old tree - which was rescued and is recovering at a wildlife rehabilitation facility.

The poor owl had been transported nearly 300km from Oneonta in upstate NY, before the arborists found him. It was a little droopy, a little Charlie Brown-ish. The tree will be decorated over the coming weeks, with added branches and more than 5 miles of lights.

Rockefeller Center's official Twitter account responded to its critics on Wednesday after its initial photo of the tree set up went viral last week.

But those observations were replaced with glee at news reports that workers setting up the tree found a little critter in its branches: a northern saw-whet owl.

New York City isn't the only city getting "Good Grief" over their Christmas tree.