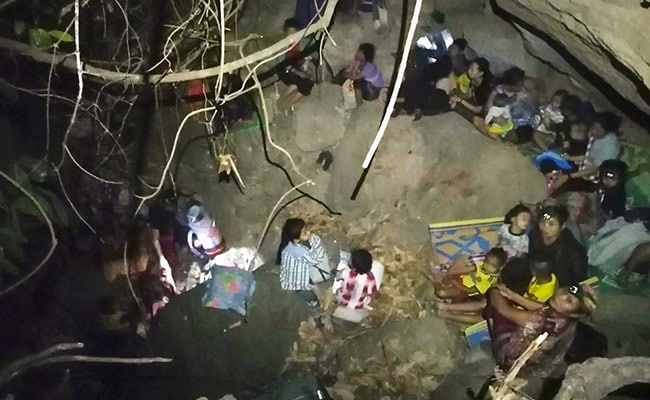 "As chiefs of defence, we condemn the use of lethal force against unarmed people by the Myanmar Armed Forces and associated security services", read the draft statement.

"A professional military follows worldwide standards for conduct and is responsible for protecting - not harming - the people it serves", the statement read.

It said the country's military must "cease violence and work to restore respect and credibility with the people of Myanmar that it has lost through its actions".

Troops shot at the mourners as they gathered in the town of Bago, near the capital, Yangon, for the funeral of a student who was among 114 people killed on Saturday, according to three people who spoke to Reuters. That's more than the previous high on March 14, which ranged from 74 to 90.

"Australia strongly condemns the continued & horrific use of lethal force against civilians in Myanmar", she said in a statement posted on Twitter.

Although there were no reports of casualties at the funeral, two people were reported to have been killed by security forces at protests on Sunday elsewhere in Myanmar.

About 3,000 villagers from Myanmar's southeastern Karen state fled to Thailand on Sunday following air attacks by the army on an area held by an ethnic armed group, an activist group and local media said.

U.N. Secretary-General Antonio Guterres said he was shocked by the killings of civilians, including children.

Saturday saw the largest number of killings so far - and increasing indiscriminate and horrifying violence by armed forces, including a 1-year-old baby being struck in the eye with a rubber bullet, the deaths of a 5-year-boy and at least three teenagers, and the shooting and burning alive of a father-of-four.

World Health Organization urges countries to donate 10m vaccine doses 'immediately'
These include the first dose, which was administered to 17.78 lakh people, and the second dose to 3.90 lakh people. The territory has received enough of the vaccine to give 110 per cent of its population a single dose.

The mounting death tolls have not stopped the demonstrations against the February 1 takeover - or the violent response of the military and police to them. "Myanmar's people have spoken clearly: they do not want to live under military rule".

Senior General Min Aung Hlaing, the junta leader, said during a parade to mark Armed Forces Day on Saturday that the military would protect the people and strive for democracy. The coup reversed years of progress toward democracy after five decades of military rule.

Another 13 people were killed in other incidents over the weekend, according to the Assistance Association for Political Prisoners advocacy group on Sunday, taking its total toll of civilians killed since the Feb 1 coup to 459.

This year's event was seen as a flashpoint for violence, with demonstrators threatening to double down on their public opposition to the coup with more and bigger demonstrations.

The government had issued a stark warning that anyone who took to the streets risked being shot "in the head and back".

The latest violence came as the military celebrated its annual Armed Forces Day.

The junta announced that eight global delegations attended Saturday's event, including those of China and Russia - with a state media broadcast showing Russian deputy defence minister Alexander Fomin in the audience. Sai Wai Yan was shot dead by security forces as he played outside his home. "People, including us, ran away as they opened fire".

The military government does not issue regular casualty counts, and when it has released figures, the totals have been a fraction of what independent parties such as the United Nations have reported.

The junta has accused some of the demonstrators of perpetrating the violence due to their sporadic use of Molotov cocktails and has said its use of force has been justified to stop what it has called rioting.