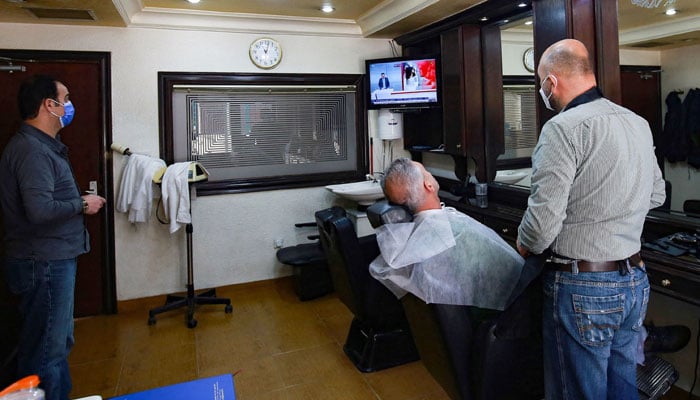 State-run news agency Petra said among those arrested for "security reasons" were former close aide to the royal family Bassem Awadallah, chief of the royal court in 2007-08, and Sherif Hassan bin Zaid.

Jordan's Prince Hamzah, accused of plotting against his half-brother King Abdullah II, has struck a defiant tone, insisting he will not obey orders restricting his movement.

It was reported that the prince was kept in his palace in the capital, Amman, on charges of a "coup attempt" and among those detained were people from the nation's security service.

Hamzah, the 41-year-old half-brother of King Abdullah II and crown prince until 2004, had been detained at home on Saturday, though the government denied he had been arrested.

Arrests of top officials and royal family members are rare in Jordan.

Foreign minister and deputy PM Ayman Safadi said Jordanian intelligence had intercepted certain communications at what he called the "zero hour". "There are members of this family who still love this country, who care for (its people) and will put them above all else".

Special Assistant to the Prime Minister of the Middle East Tahir Ashrafi has expressed Islamabad's solidarity with Jordanian authorities, following an alleged plot to destabilise the country.

Jordan's Prince Hamzah has emerged as a vocal critic of the monarchy, accusing it of corruption.

Hamzah said he had been informed he was being punished for taking in part in meetings in which the king had been criticized, though he said he was not accused of joining in the criticism.

The army said it had cautioned Hamzah against damaging the country's security, but denied he had been arrested.

Regulator reports 30 cases of rare blood clot events after jab
Germany restricted the use of the shot to people over 60 years of age, France has limited its use to those over 55. The authority indicated that "the risk of developing this specific type of blood clots is very small".

The oil-rich GCC states are key backers of resource-poor Jordan, which depends heavily on external aid.

Saudi Arabia was among the first to voice support for the king.

Senior Emirati official Anwar Gargash said on Twitter Jordan's "wise policy to build bridges in a turbulent region was not an easy choice but was, and remains, the necessary direction".

The official Al-Rai newspaper warned on Sunday that Jordan's "security and stability" were a "red line that must not be crossed or even approached".

"We support the steps taken by King Abdullah to maintain Jordanian national security, stressing that Jordan's security and stability is a supreme Palestinian interest".

Awadallah, a former finance and planning minister educated in the United States, was close to the king but has also been a controversial figure in Jordan.

He played a key role pushing for economic reforms before he resigned in 2008 amid criticism over alleged interference in sensitive political and economic issues.

Saturday's security sweep came as Jordan prepares to mark 100 years since the new kingdom, then named Transjordan, was established alongside Palestine under British mandate.

It declared independence in 1946, and despite having little oil wealth, severely lacking water and repeatedly being rocked by wars on its borders, the kingdom has managed to survive the regional upheavals.

Two US Capitol police officers injured after suspect rams vehicle into barrier
Video posted online showed a dark-coloured sedan crashed against a vehicle barrier and a police dog inspecting the vehicle. But Congress is now in recess, meaning the majority of politicians are not at the Capitol complex today. 4/03/2021